SANAA (Reuters) – At the center of Yemen’s capital Sanaa, a city battered by years of war and months of pandemic, a row of young girls in red, white and black white uniforms pummel punching bags and practice self defense. 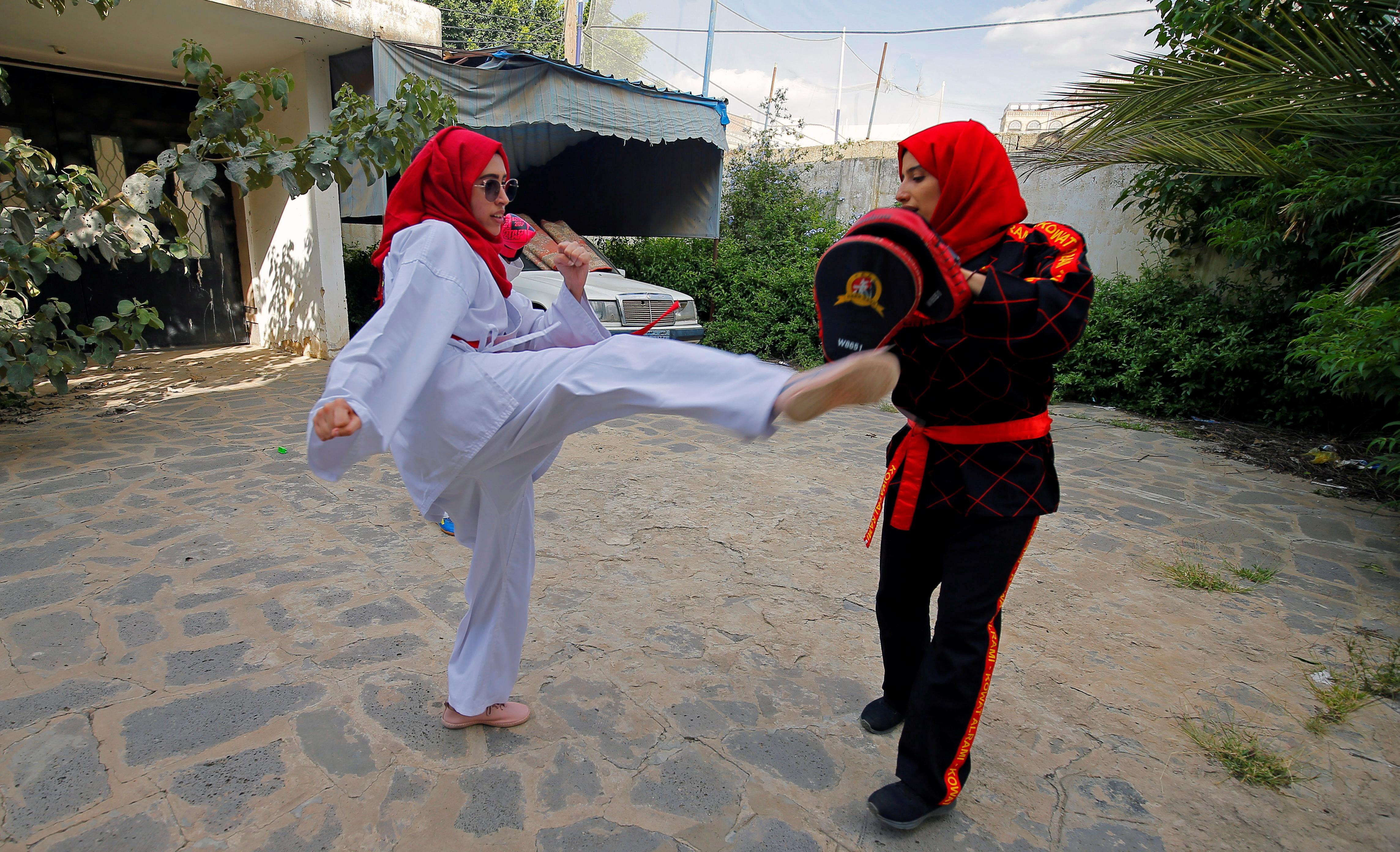 In the corner a mother looks on in pride as a female instructor shows her daughter how to thwart an assailant with a gun.

The girls are all students at Academia gym, a project set up by champion Yemeni kickboxer Seham Amer.

“In Yemeni society, people fear for girls,” she said. “Many come to train to learn self-defense, others train for fitness.”

Amer set up the gym to empower women and girls in the city in 2015, a year after the Iran-aligned Houthi group took over Sanaa and most of north Yemen after ousting the Saudi-backed government of President Abd-Rabbu Mansour Hadi.

The Houthis are now engaged in a running battle with a Saudi-led coalition – a war that has killed more than 100,000 people across Yemen and reduced large parts of the capital to rubble.

But the classes have kept going through the fighting, and through the restrictions imposed to contain the spread of the coronavirus.

Parts of the program have even expanded, said Amer, who has won gold and silver medals in international kickboxing competitions, and prizes and certificates in other martial arts.

“Before we had a problem with little girls who stop their training by 12 to 14 years as they could not continue with male trainers,” she said. “I feel that I have changed that now, older women come to train with me in my gym.”

Around 50 women and girls have signed up for kickboxing, karate, kung fu and other programs.

“The first thing that happened when I started training was that I lost weight, then my self-confidence had a boost and my personality got stronger,” one of the students, Dhikra, said.

Beijing bourse off to roaring start, but firms' transparency an issue

Boy, 16, found weighing 5.5st and tied to bed was ‘starved by parents’