SAO PAULO (Reuters) – Despite Brazil’s backlog of more than 90,000 specimens awaiting coronavirus testing and a rising death toll, laboratories are idle due to a lack of materials, the agriculture ministry said. 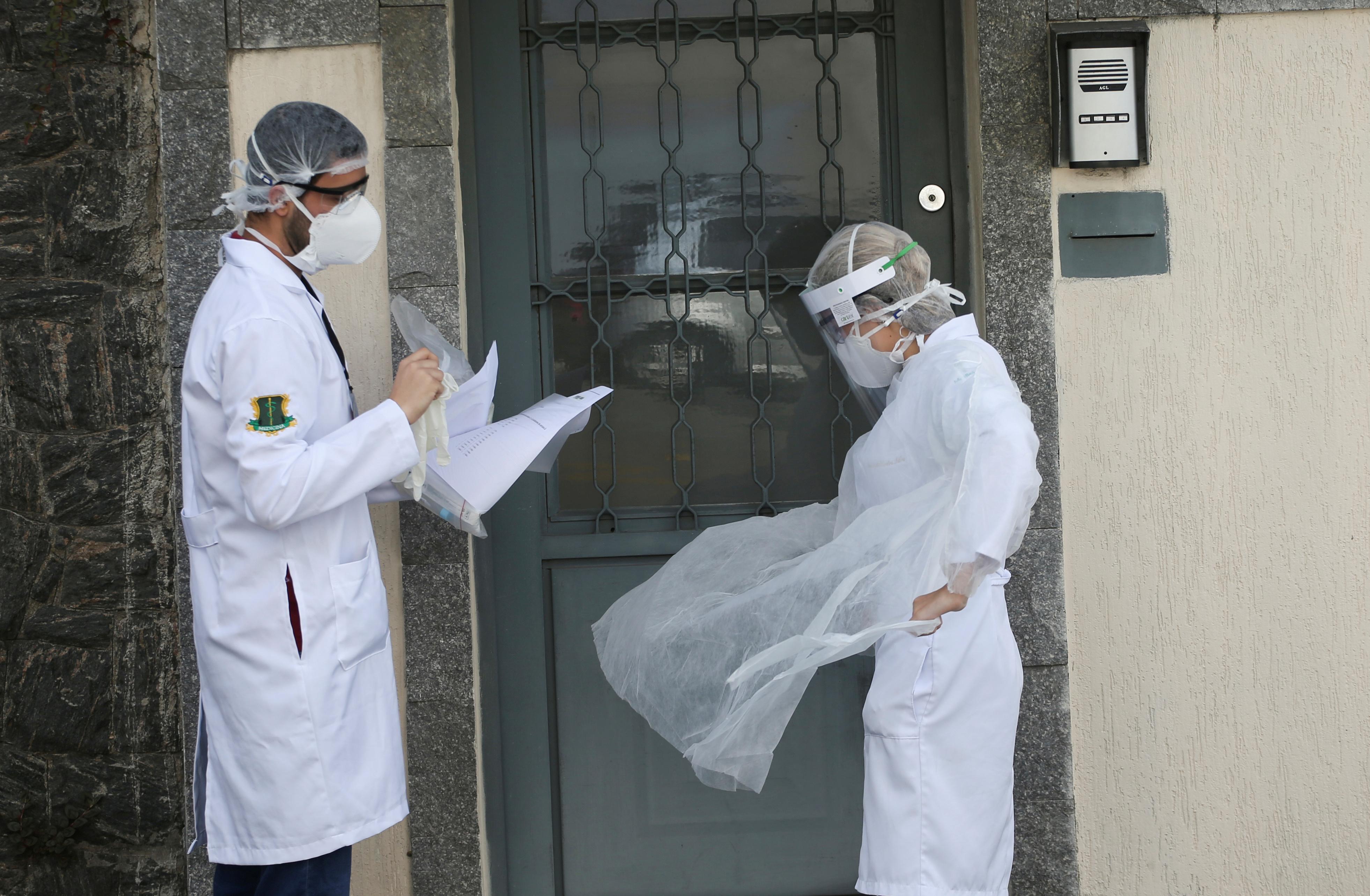 Brazil’s agriculture ministry told Reuters in a written response to questions earlier this week that seven labs it had made available for coronavirus testing and which were cleared by the health regulator two weeks ago are still not being used for tests.

The ministry said the facilities could process an initial 12,000 tests per week but are not receiving the necessary reagents for testing.

In an emailed response to questions, Brazil’s Health Ministry did not directly address why the available labs were not being used.

It said it was striving to increase testing capacity despite a “shortage of inputs and the high global demand for testing kits.”

The public health system has performed 89,000 tests for COVID-19, the health ministry statement said. On Monday the ministry said there were a total of 93,000 pending tests.

Brazil was slow to implement widespread testing despite the recommendation of the World Health Organization to “test, test, test,” but has in recent weeks sought to scale up.

The lack of testing means Brazil, the worst hit country in Latin America, likely has 12 times more cases of the new coronavirus than are being officially reported, according to one study.

The government on Wednesday reported 28,320 confirmed COVID-19 cases in Brazil and 1,736 deaths.

The agriculture ministry said: “The labs are waiting for the purchase of reagents and inputs to conduct the tests.”

The health ministry said 451,432 tests have been distributed to states but did not specify if any of these would be used in the agriculture ministry’s labs.

A government source said one of the major problems was a lack of coordination.

“I don’t see planned action, coordinated between the health ministry and the agriculture ministry,” the source, who is directly familiar with the matter, told Reuters on condition of anonymity because they are not permitted to speak publicly.

The source said a lack of reagents could be overcome by developing new protocols using alternative bio-chemicals, but this had not been discussed with the health ministry. The health ministry did not address this question in its response.