Several dozen students picketed outside their universities and marched through the city centre. 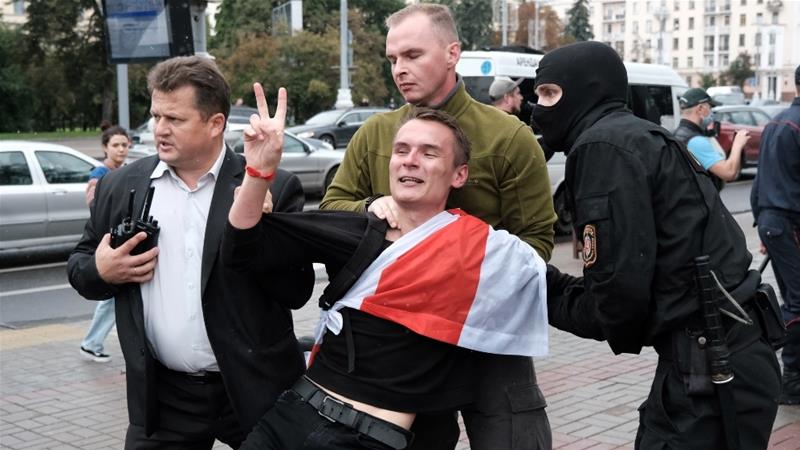 Belarusian authorities have resumed arresting protesters in the capital, Minsk, where students have taken to the streets against President Alexander Lukashenko.

Several dozen students on Tuesday held pickets outside their universities and marched through the city centre on the fourth week of mass protests rocking the country.

Belarusian media reported that at least 18 students were arrested as police moved to break up the crowd.

Lukashenko has dismissed the protesters as Western puppets and bristled at the demands for him to step down after 26 years in power or start a dialogue with the opposition.

After a crackdown on demonstrators in the first days after the August 9 vote that caused international outrage, his government has avoided large-scale violence against demonstrators and sought to end the protests with threats and the selective jailing of activists. 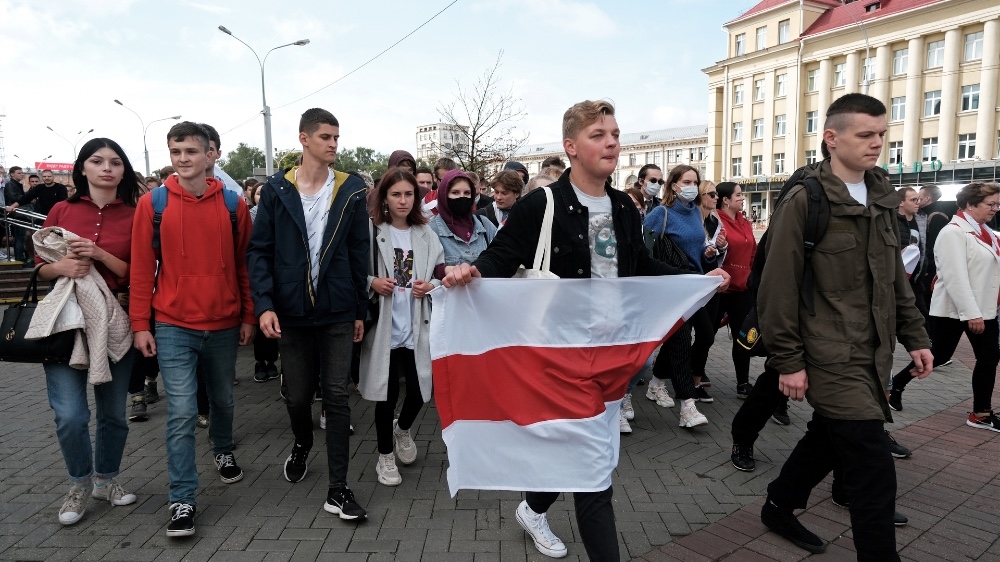 Several strike organisers at top industrial plants have been arrested. On Tuesday, people started gathering near several large plants in support of the striking workers.

Belarusian prosecutors have opened a criminal probe against the opposition Coordination Council, accusing its members of undermining the country’s security.

Another council member, Lilia Vlasova, was arrested on Monday.

CNN fires three employees who went into the office unvaccinated.