The Templars were a Catholic military order active for almost 200 years until their demise. They were among the most skilled fighting units of the Crusade period, also managing large Christian economic infrastructures and building its own network of nearly 1,000 commanderies and fortifications across Europe the Middle East. Over time, their power faded and as the public’s distrust for their secrecy increased, King Philip IV of France seized his opportunity to settle his own debts.

Under pressure, Pope Clement V disbanded the order, but the abrupt reduction in power of a significant group in society gave rise to speculation, legend, and legacy through the ages.

Meeting Dr Eliezer Stern from the Israel Antiquities Authorities inside a church in the coastal city of Acre, Mr Lin asked: “Is this is where the Templars actually hung out?

Dr Eliezer Stern replied: “No, no, this is not the Templar, we are in the right place, but in the wrong time. 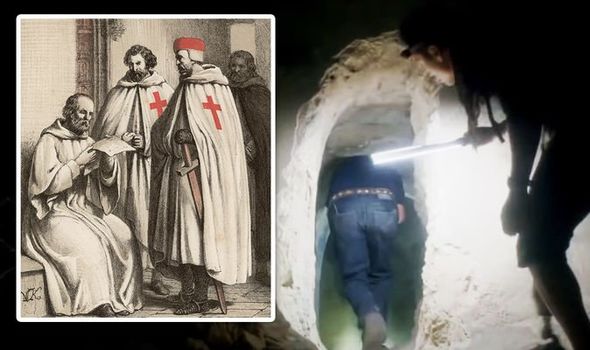 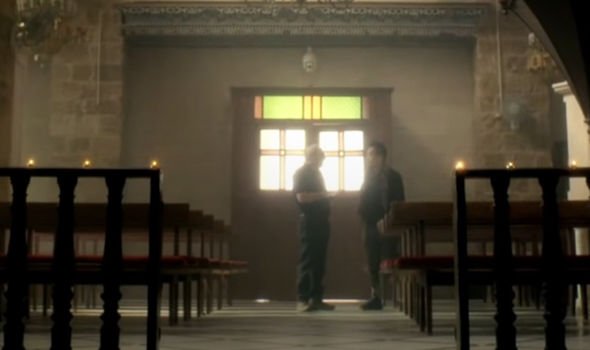 “If we want to see the Templar building, we have to go down beneath this church.”

The pair headed out onto the street, where Dr Stern revealed a door “to another world”.

Mr Lin said: “This is like a film, we’re going into a secret door behind a shop

“Wow, this is incredible.”

Stepping inside the huge complex, Dr Eliezer Stern explained how the caves were used for two centuries. 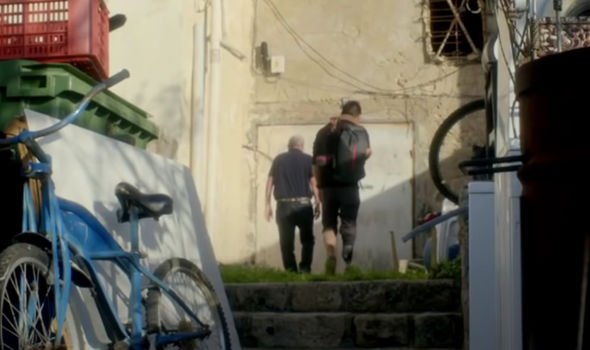 “Here we are in the 12th and 13th century, this is an underground buried crypt.

“This is really where the Templar was 800 years ago.

The expert also went on to explain how he identified chisel marks on the stonework, pointing to their makers.

He added: “This is the first floor of the building, but in the 13th century, the crusader church was above us. 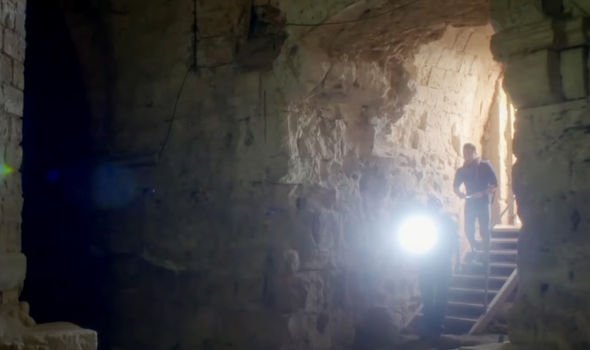 “The arches look similar to the church above, but if you look carefully, the Templar masonry work is completely another architecture.

“The stones are much bigger than the 19th-century building.

“It was famous in the crusader period for a lot of stones to have masonry marks.

“When you find something that you can connect to the people that actually built this building it is so exciting for me.”

The pair then headed 10 feet down a “secret chamber” inside the caves to reveal more huge, open spaces.

“The Holy Land is very, very warm. We are in the Middle East and you need access to water.”

Dr Stern has excavated three of the 25,000-gallon tanks so far and he believes there are many more.