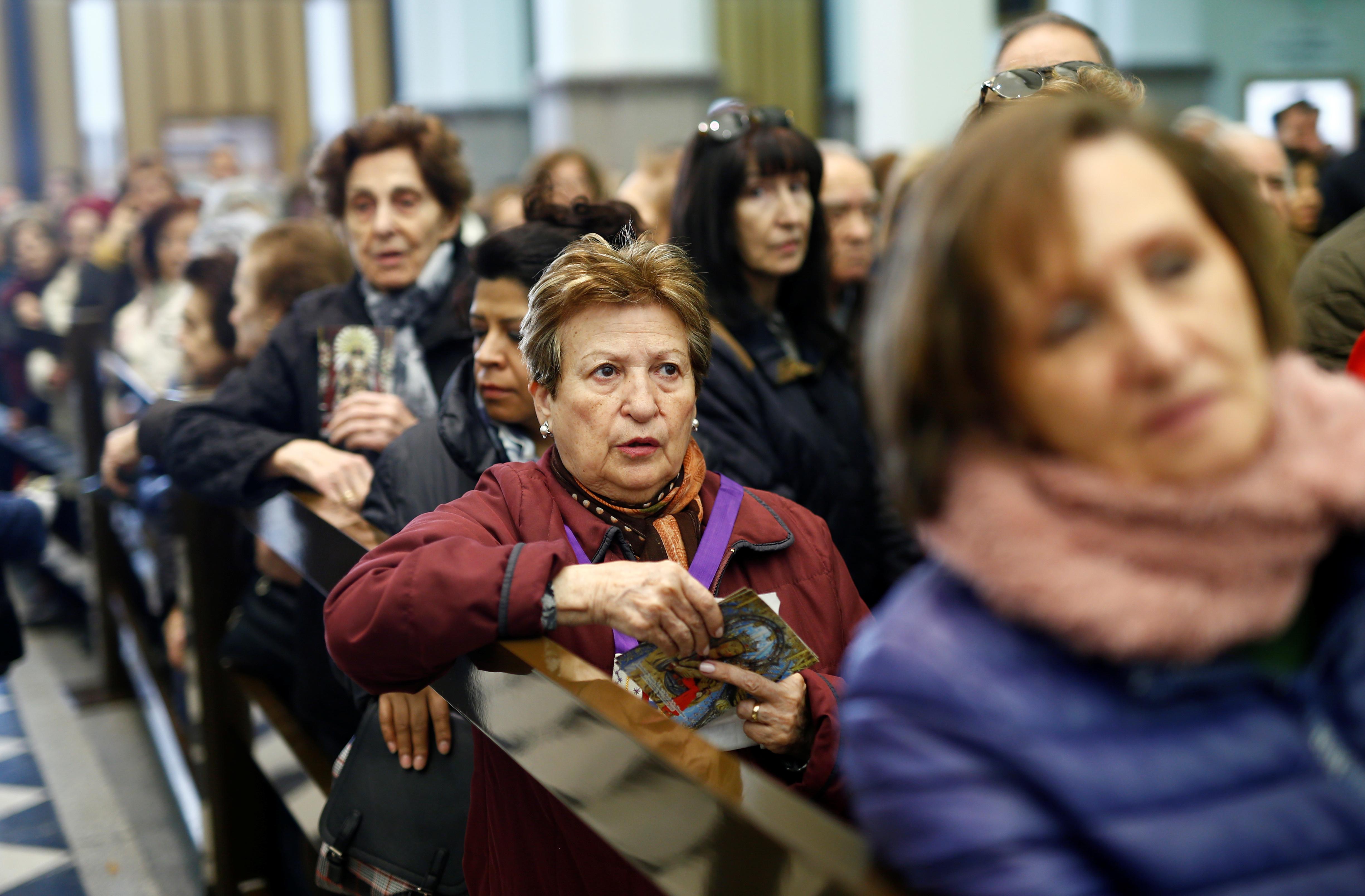 MADRID/RONDA, Spain (Reuters) – A Spanish pre-Easter tradition, where Catholics flock in droves to kiss statues of Jesus and Mary, fell victim to the coronavirus epidemic this week as churches with some of the most sought-after statues told worshippers not to touch or kiss them.

Health authorities have recommended that people use “common sense” and avoid rituals that could help spread the disease that has killed five people and infected 365 so far in Spain.

In Madrid, with 137 cases of the virus, the archbishop asked worshippers to abstain from kissing or touching the feet of the 17th-century statue of Jesus of Medinaceli. Worshippers at the church where the statue is housed traditionally kick off preparations for Easter on the first Friday of March with the besapies, or feet-kissing.

Posters in the Basilica of Jesus of Medinaceli reminded people of the advice. The church doors opened at midnight, but by midmorning there was no sign of the usual queues of people waiting for hours to pray at the statue for help or health.

“It’s not right that there are so few people this year … -Although they don’t kiss their feet, Jesus is here looking at us, he protects us, he helps us, we should keep coming,” said one worshipper, Pepita Cardoso.

A famous church in the southern city of Ronda, which had earlier stated its willingness to keep up the tradition, ended up making sure that people could not touch its statue.

“We must not magnify the problem, but look for a solution … They didn’t cancel, but installed a methacrylate plate in front of him and some benches in front of the Virgin so that people do not approach,” said Carmen Cabrera, a worshipper.

Many worry that Easter celebrations that bring hundreds of thousands of tourists to Spain could be disrupted if authorities temporarily ban gatherings of thousands of people, as they have in neighboring France.

In neighboring Portugal, home to the Sanctuary of Fatima that is a major Catholic pilgrimage site, the Bishops’ Conference has recommended that holy water fonts be emptied and priests avoid physical contact with the faithful. Portugal has had 13 cases of coronavirus so far.

European countries begin barring travelers from the U.K. over concerns of a new coronavirus variant.