Animal welfare group NoToDogMeat discovered the farm hidden in dense countryside around 24 miles from Yulin which is currently hosting its annual dog meat festival. During the 10-day event in Guangxi, China, thousands of dogs are reportedly eaten.

Despite the Covid pandemic the event – which has been heavily criticised for its alleged animal cruelty – was allowed to go ahead.

As it progresses, a team from NoToDogMeat charity travelled to the farm and filmed the “appalling” conditions in which the animals were held.

They recorded a man violently stuffing three dogs into a ting cage.

All the animals were held in “horrendous conditions”, according to the group. 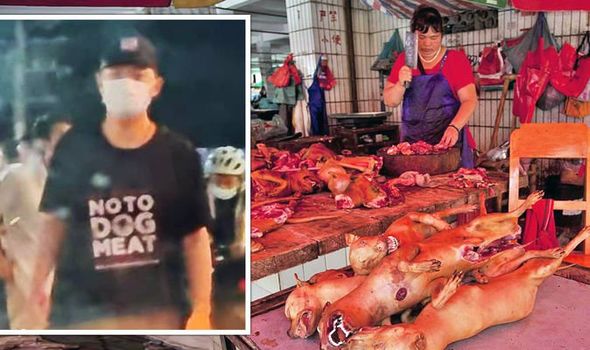 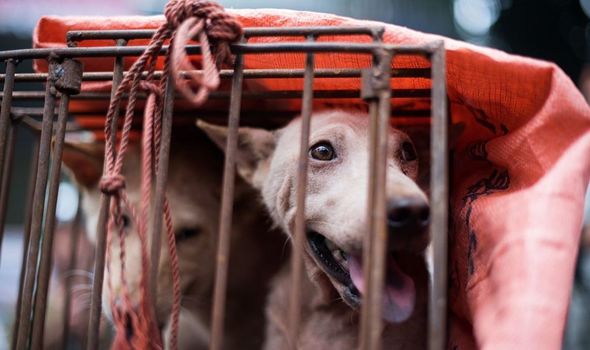 The three-strong team managed to negotiate the release of a group of 10 dogs – which are currently being transported to safety in Beijing.

But the fate of the rest of the dogs, and thousands of others in the area, appears to still be one of misery, the group warned.

Mr Zhao, who is running the awareness and rescue operation in Yulin, said: “When I was trying to choose who would survive I felt very miserable. Today I cried.

“It is very painful because I decided that only 10 could survive, and I vowed never to come to this dirty place again. 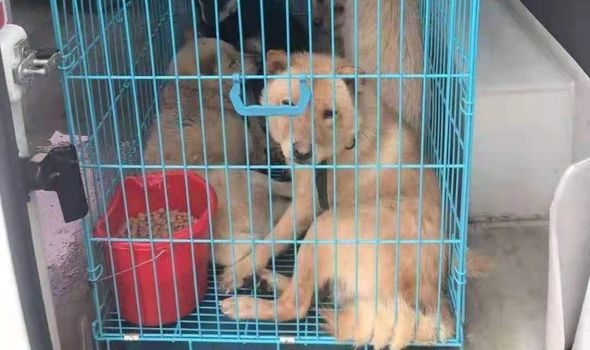 “I can only choose relatively healthy ones, dogs that we can care for a rehome later. But that means that others have to die.”

NoToDogMeat CEO Julia de Cadenet said at the “gruesome farm even pregnant females and puppies are not spared”.

She claimed that hundreds of dogs were “packed” into tiny cages, fed on “rotting food and unable to lay down and rest”.

They were given “no shelter from the sun or cold”, she added. 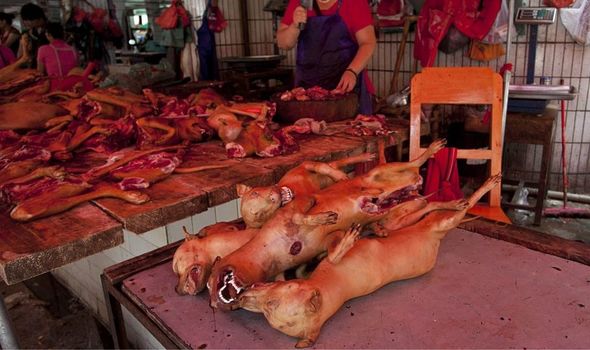 She claimed that this farm runs all year and isn’t specifically for the festival.

“The dogs were being kept in horrendous conditions cowering in fear before being picked off to be the next to die,” she explained.

“When they are killed they are picked up by the neck with a looped stick, shoved into a cramped crate and often beaten to death. Then their fur is removed and they are blowtorched.

“For a large whole dog customers pay the equivalent of £100. 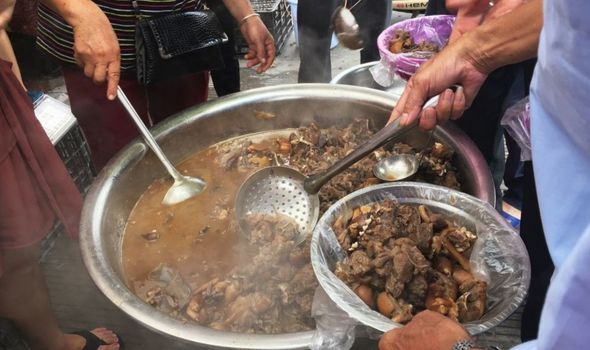 “While there was no live slaughter this year there were plenty of stalls serving the dogs, and the slaughter was being conducted in unsanitary and inhumane slaughterhouses.

“Many of these dogs are people’s pets or dogs that have been seized by the authorities and then sold on to butchers. They have not been bred for meat and are not killed humanely.

“Yulin is scaled back this year because of new rules which ban public slaughter. In response to the pandemic.

“Activists observed police presence to make sure this didn’t happen. But, dogs were still being cruelly treated en masse.”

Factbox: How England's lockdown is being adjusted from Monday