Initial results indicate Mr Navalny was poisoned with a cholinesterase inhibitor or nerve agent. He is bring treated with atropine, a therapy designed to protect against damage by that type of poison. The outspoken critic of Vladimir Putin is under armed guard in hospital in German capital Berline after being airlifted out of Russia. He collapsed on a plane on Thursday last week after drinking tea that his allies said they believe was laced with poison. He was flown to Germany for treatment on Saturday. 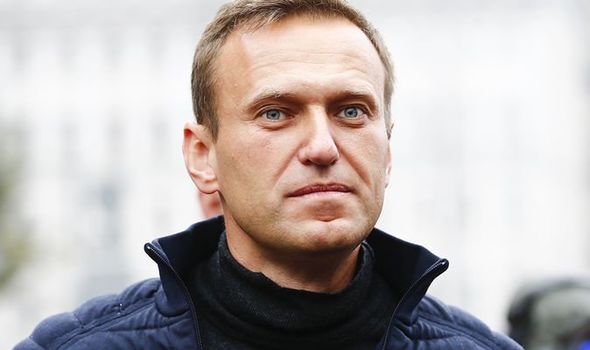 A  spokesman for the Charite Hospital said: “The team of doctors examined the patient in detail after his arrival.

“The clinical findings indicate poisoning by a substance from the group of active substances called cholinesterase inhibitors.”

German Chancellor Angela Merkel’s chief spokesman, Steffen Seibert, said: “The suspicion is that Mr Navalny was poisoned given that unfortunately recent Russian history has had several such suspected cases.

“Because one can say with near certainty that it was a poisoning attack, protection is necessary.”

Moscow has made no immediate comment on the German statement.

The Kremlin said on Friday it was still unclear what caused Mr Navalny to fall ill and that initial tests did not show he was poisoned.

The incident could further strain Russia’s fraught relations with its European and NATO neighbours, who have accused it of mounting attacks on dissidents in Europe in the past – accusations that Russia has dismissed.

‘Aliens have always been here and live under our ocean,’ claims UFO expert