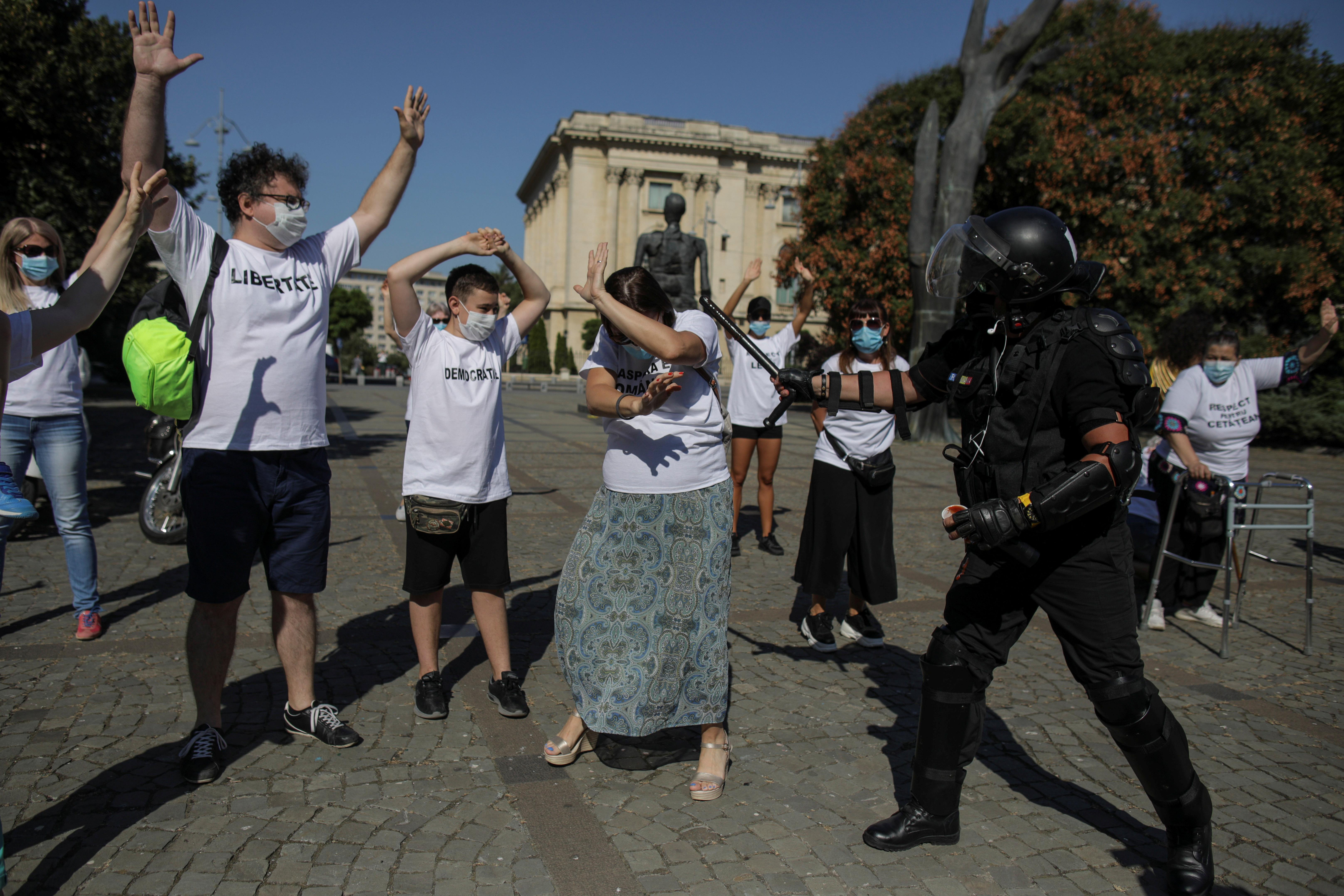 One group, Diaspora for Romania, laid out dozens of sneakers, sandals, boots and stilettos outside government headquarters in Victory Square, the venue for anti-corruption protests, on the anniversary of the rally. Another group paraded a giant pink elephant around the city and a third drew chalk outlines and reenacted riot police violence.

Hundreds required medical assistance, in the only violent protest in a series of peaceful anti-corruption rallies triggered by attempts by the then ruling Social Democrat Party to decriminalize several graft offences.

On Monday, Diaspora for Romania, a civic action group of Romanians living abroad, said it wanted to make its point while respecting curbs on public gatherings imposed to contain the coronavirus, which has killed 2,729 people in the EU member country.

“This pair of shoes also holds the place of several of my friends who are in the diaspora and cannot be here today,” said Mihai Munteanu as he laid out a pair of blue trainers.

“I am here today not only to commemorate […] but also to let the government know that we will not forget.”

Laurentiu Dumitru, who has been living abroad for 12 years and attended the 2018 protest, was in Bucharest on Monday.

“The shoes represent the symbolic participation of those who could not be here,” he said.

Prosecutors opened an investigation into the handling of the 2018 protest, but earlier this year decided to close it. Activist groups challenged the decision and a Bucharest court must rule on whether to reopen the case.

Online community activist group Declic paraded a giant pink elephant inscribed with the slogans “We won’t forget” and “Justice for all” outside the offices of several state institutions.

The 2018 protest was partially organised by groups of Romanians working abroad, disillusioned by what they said was entrenched corruption and weak public administration in their home country.

An estimated 3 to 5 million Romanians live and work abroad, according to the World Bank, or about a quarter of the country’s population. In 2019, they sent home an estimated record high $7.24 billion, a lifeline for many families in Romania.