Justice minister Karin Keller-Sutter urged the country’s electorate to oppose a plan to scrap its free movement accord with Brussels. The initiative put forward by the country’s right-wing opposition calls on the Swiss government to suspend the pact in order to take over full control of the country’s immigration system. Under the proposal, the deal must be renegotiated with Brussels within the next 12 months or be scrapped altogether.

But Ms Keller-Sutter claimed the EU could just ignore the requests to revisit their existing free movement deal.

“A ‘yes’ to the initiative is even worse than Brexit,” she said.

Switzerland’s bilateral agreements with the bloc do not contain similar exit clauses, such as Article 50, used by the British Government to deliver Brexit.

“The EU is not obliged to speak to us,” Ms Keller-Sutter added. 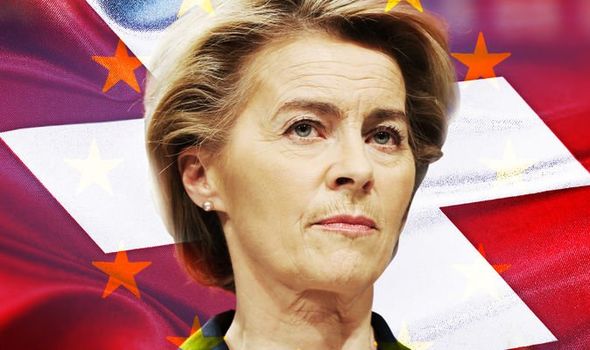 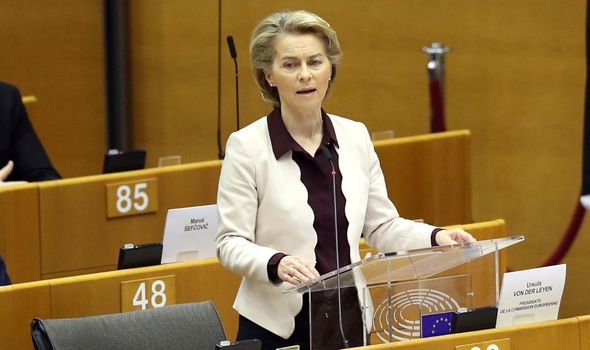 Under the current free movement pact, Switzerland and the EU have access to each other’s markets and the right to choose places of residence.

If the Swiss vote to restrict immigration from EU states, it would also invalidate several other bilateral agreements on trade, transport and research.

Supporters of the initiative, including the Swiss People’s Party, the largest in the Federal Assembly, have argued the current system puts pressure on jobs and salaries in Switzerland. 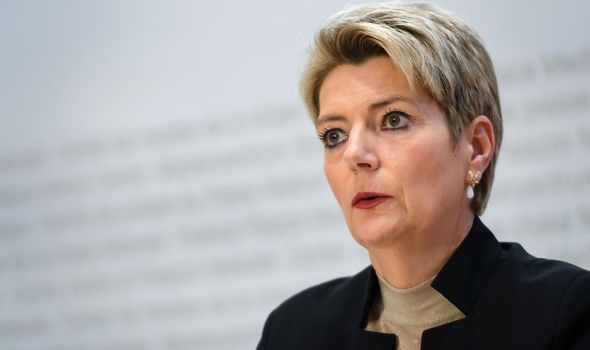 They also say EU immigration has increased rents, caused overcrowding on public transport and in schools, and is to blame for much of the country’s crime statistics.

Whereas opponents claim the immigration curb would have severe consequences on the Swiss economy.

Ms Keller-Sutter said: “It’s an expression of our economic situation. 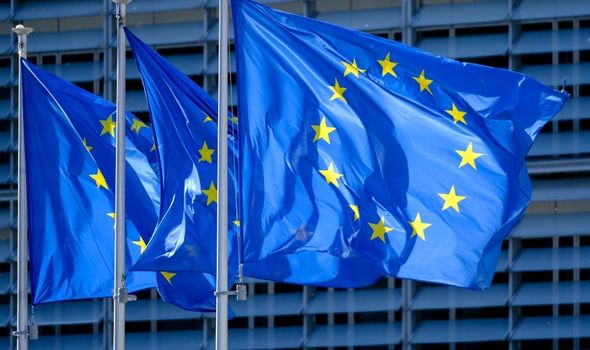 “With free movement of people and the measures to promote the domestic workforce, only those people who are needed by the economy and who actually have a job come from the EU.

“I ask those who claim that there is uncontrolled and unnecessary migration: what would we have done at the height of the corona crisis without the health staff crossing the borders. More than 4,000 came to Ticino from Italy and more than 20,000 from France.”

Switzerland’s system of direct democracy allows for constitutional amendments to be put to nationwide referendums if campaigners can gather at least 100,000 signatures over 18 months.

The People’s Party started gathering support for the immigration initiative in 2018 and submitted them eight months later.

Currently relations with the EU are governed by more than 120 bilateral accords, which have been in force since 1972.

Switzerland and the EU are currently working on a new framework agreement to consolidate the pacts into a single relationship treaty, but this was rejected amid fears the country would give up too much sovereignty to Brussels.

Why has Covid vaccination been so slow in the EU?

KiwiSaver members missing out on thousands by being in wrong fund

Laughter may be effective medicine for these trying times.