By enacting big spending initiatives under the auspices of pandemic relief and infrastructure, and avoiding health care, President Biden may have found a way to skirt an ideologically divisive fight. 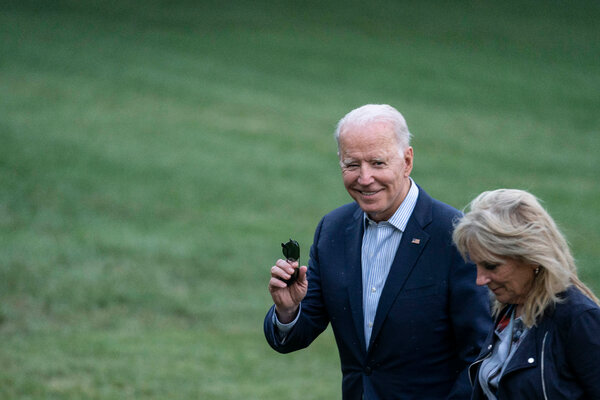 The 2020 Democratic presidential primary was often described as a contest over whether the country needed a return to normalcy or sweeping change.

Joe Biden may have found a way to split the difference.

Democrats have proposed or enacted trillions of dollars in federal spending, usually under the seemingly nonideological auspices of coronavirus relief and infrastructure.

That tack has provided Mr. Biden a way to enact an ambitious policy agenda without sparking the kind of ideologically divisive fight that has derailed the first term of so many recent presidents. If the polls are any indication, he may be pulling it off: Around 60 percent of voters appear to approve of Mr. Biden’s big spending initiatives.

Over the last 30 years, nearly every incoming president opened his term with an ambitious but ultimately unpopular push to remake America’s health care system. It sapped public support. It contributed to the inexorable polarization of American politics. And it ended in a drubbing in the midterm elections.

It is far too soon to say whether Mr. Biden will avoid the fate of Presidents Bill Clinton, Barack Obama and Donald J. Trump, who all lost at least 41 seats in the House of Representatives in their first midterm. But by carving a middle path between legislative gridlock and a bold initiative to achieve a transformative partisan goal like health care, Mr. Biden is so far avoiding one of the most obvious pitfalls of modern presidential politics.

Washington is Washington, of course, and partisan politics reigns. Congressional Republicans have mostly opposed Mr. Biden’s initiatives. But so far, his opponents haven’t mounted an intense campaign to demonize him, his agenda or his presidency.

Instead, Republicans have entertained bipartisan infrastructure negotiations, while conservative media has focused on the culture wars. At times, the all-but-manufactured controversies over “critical race theory” and the removal of some Dr. Seuss books from publication have received more attention than trillions of dollars in new spending.