The problem is not unique to the Biden administration, said the head of a nonpartisan group that tracks vacancies. 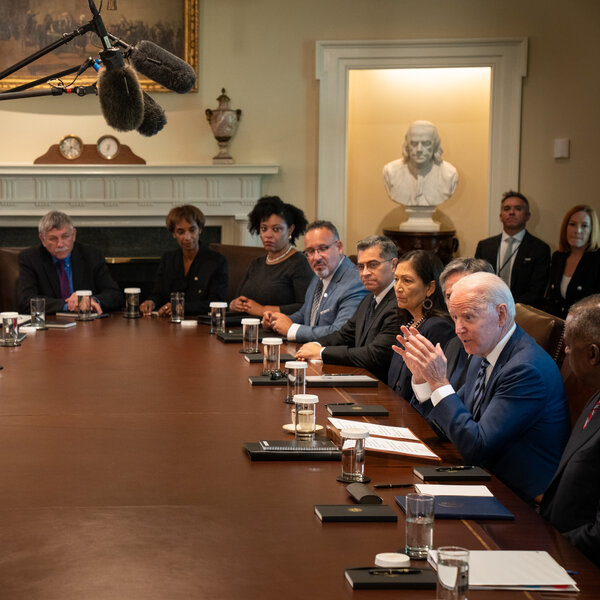 One of the running criticisms of the Trump administration was how slowly it nominated and won confirmation for hundreds of high-level government officials, especially in critical agencies like the State Department and the Department of Homeland Security.

But things aren’t going much better with the Biden administration. And arguably, the situation is worse: In the middle of a pandemic, there is still no confirmed head of the Food and Drug Administration, and there is no confirmed ambassador to Afghanistan to help manage the crisis there.

To understand what’s going on, I turned to Max Stier, the head of the Partnership for Public Service, a nonpartisan organization that tracks vacancies and advises the government on how to improve the nomination and confirmation process.

He made clear that while the Biden team was woefully behind, the problem was not unique to it — or to the Trump administration. Rather, he said, it’s typical of a broken system that has led to a long string of government failures.

“You can go back in time, if it was the response to Hurricane Katrina under the Bush administration, or the botched rollout of healthcare.gov under the Obama administration, or any number of issues in the Trump administration,” he said. “There is an execution gap of consequence. And one of the big reasons for that is that the leadership system is broken.”

A transcript of our interview, edited and condensed, follows.

Where does the Biden administration stand in terms of its nominations and confirmations?

There’s a set of 800 positions that we consider the most fundamental, and of those, they only have 127 that are confirmed, and they have 206 that are waiting in the queue. That still leaves a pretty substantial number that needs to be nominated.