WASHINGTON (Reuters) – A stalemate between the Republican White House and congressional Democrats over coronavirus relief ended in a fourth day without talks on Tuesday, with each party blaming the other for intransigence. 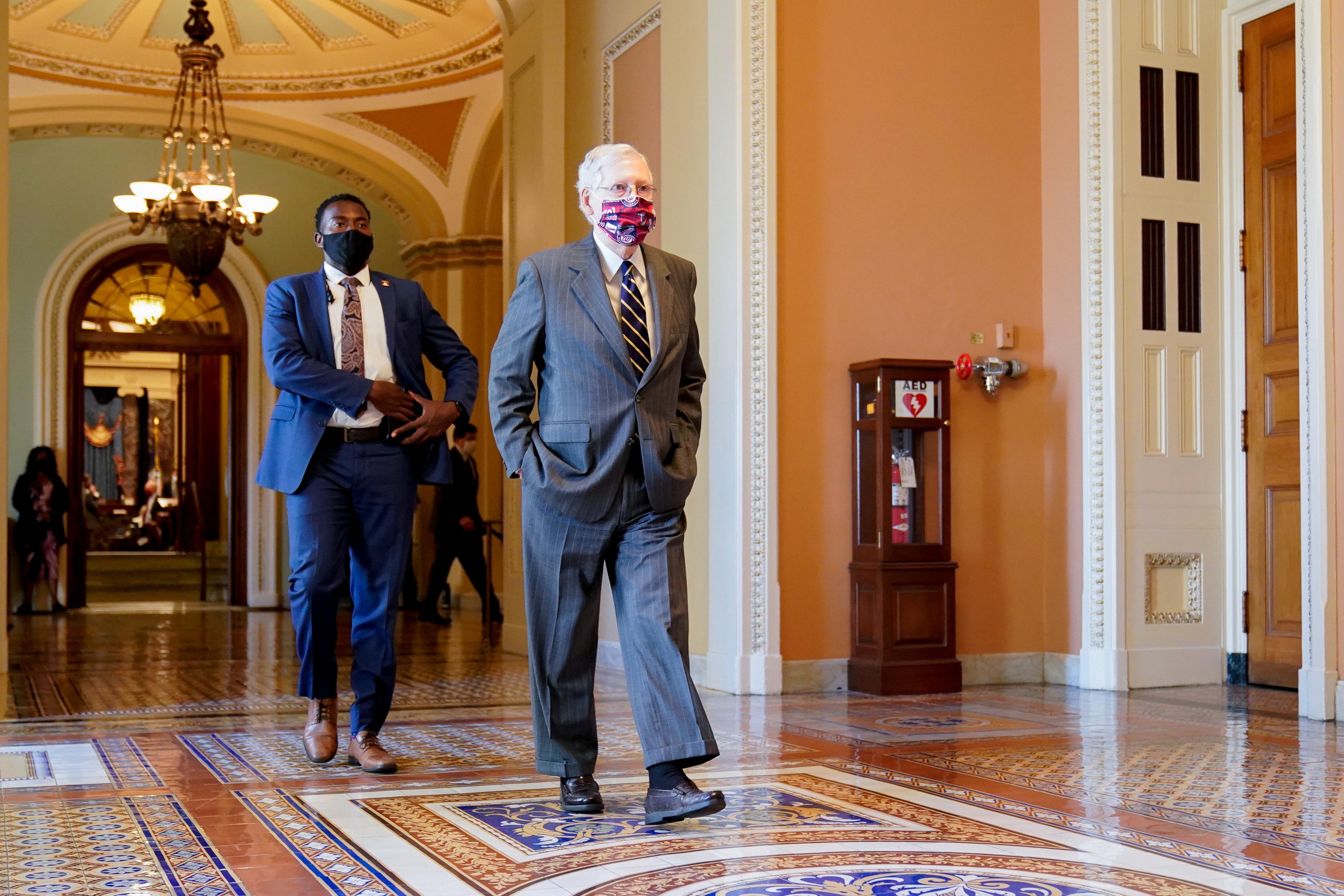 The lack of progress was confirmed separately by Senate Majority Leader Mitch McConnell and House of Representatives Speaker Nancy Pelosi. Republicans and Democrats both pointed fingers over claims of ignoring the severity of the crisis and refusing to compromise on key issues such as unemployment benefits and aid to state and local governments.

“As far as I know, the secretary of the Treasury and the chief of staff have not spoken to the speaker and the Democratic leader today,” McConnell told Fox News.

Pelosi, asked if she had had or expected any communication with the two White House negotiators, shook her head and whispered “no” to reporters as she entered an elevator on Capitol Hill.

The stalemate comes amid the mounting coronavirus toll. U.S. coronavirus cases numbers rose to 5.1 million infections and more than 163,000 deaths.

McConnell and Schumer criticized each others’ approach to coronavirus aid earlier Tuesday.

McConnell accused Democrats of attacking Americans struggling with the economic fallout of the pandemic.

Schumer portrayed Republicans as a party in disarray, saying President Donald Trump should be trying to break the logjam.

“So many Republicans are saying: ‘Don’t do a thing – don’t do a thing.’ They’re glad the negotiations have broken down. We’re not,” he said.

Aid to state and local governments – a Democratic priority that Republicans have generally resisted – and supplemental unemployment benefits for millions of workers displaced by the pandemic are two of the biggest sticking points.

Trump on Saturday signed orders seeking to bypass Congress and provide some relief, including delaying student loan payments and providing some unemployment aid.

Experts said Trump’s actions would do little to boost the economy even if he can overcome legal questions about his decision to sidestep Congress.

Ferrari has minister squirming as he savages taxation record ‘Should have no confidence!’