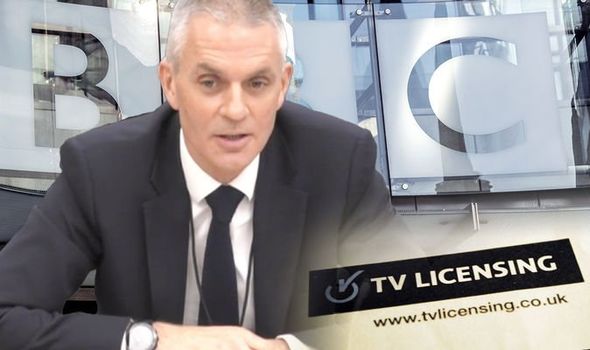 The corporation’s chief operating officer, Leigh Tavaziva, confirmed to MPs that she was expecting a sizeable increase in the number of Britons facing legal proceedings for not paying the £159 a year TV tax.

Households grappling with the current cost of living crisis risk a fine if they do not pay the cost, and could even end up facing a prison sentence as a consequence.

The BBC boss said that Covid had led to a reduction in the BBC’s ability to carry out on-the-ground checks.

“We have seen convictions and prosecutions in the range of around 60,000 a year.

“That does not necessarily relate to a fine or in any further enforcement action after that,” she told the Public Accounts Committee.

Figures from the Department of Justice indicate that between 2010 and 2019 an average of 123,500 people were prosecuted each year.

Ms Tavaziva committed the BBC to once again ramping up its enforcement operation following the pandemic.

“The Covid year and 2020 was particularly challenging.

“We did not have field agents visiting homes during that period so that meant we weren’t following up and running the level of enforcement we would have been doing,” she said.

“I think we expect to be able to go back to normal levels on that.

“But we are seeing strong support for paying the licence fee and that certainly is important.”

Reacting with outrage to the announcement,

“Taxpayers facing a cost of living crisis shouldn’t be forced to pay it on pain of imprisonment.

“Abolishing the BBC licence fee is the best solution to stop clogging up the courts.”

I Approve This Message. Now, Remember Your Secrecy Envelope.