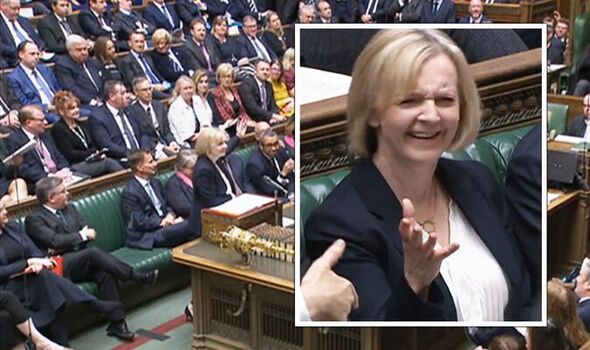 Liz Truss’s premiership is on the brink of collapse after a chaotic night in Westminster that saw even the Prime Minister’s allies admit: “It’s terminal”.

Conservatives are braced for another day of mayhem with party grandees looking to oust their leader from office.

Sir Graham Brady is today set to hold a crunch meeting with officers on the powerful backbench 1922 committee to discuss Ms Truss’s future.

Dozens of Tory MPs are thought to have submitted letters of no confidence in their leader, despite party rules currently meaning a vote of confidence cannot be held until the Prime Minister has been in charge for 12 months.

Sir Graham is thought to be considering changing the rules amid the intense anger from backbenchers.

Extraordinary scenes broke out in the House of Commons with accusations of Tory MPs being “manhandled”, Jacob Rees-Mogg screaming at backbenchers, and No10 confused if senior members of its own Government had quit.

The Prime Minister took a high-stakes gamble as she warned her own MPs not to back Labour in a vote on fracking.

Tory whips had warned the vote was “a confidence motion in the Government”, vowing to suspend MPs who failed to support Ms Truss.

But just minutes before the vote took place there was uncertainty as to whether No10 had backed down on its threat.

There were 40 Conservative MPs who failed to register a vote on fracking.

The Chief and Deputy Chief Whip were reported to have resigned over the shambolic attempt to maintain party order, before Downing Street was forced to issue a statement after midday clarifying that both “remain in post”.

No10 has warned those who failed to vote with the Government would now face “disciplinary action”.

After the pandemonium broke out in Parliament, even the Prime Minister’s own supporters were incandescent with rage.

One supportive Cabinet minister told The Times: “It’s terminal, the rancour in the parliamentary party is too much. She can’t recover from this.”

Brexit LIVE: UK to finally break free from EU as regulator who blocked reforms steps down

Covid crisis: Should the UK have followed Sweden’s example?