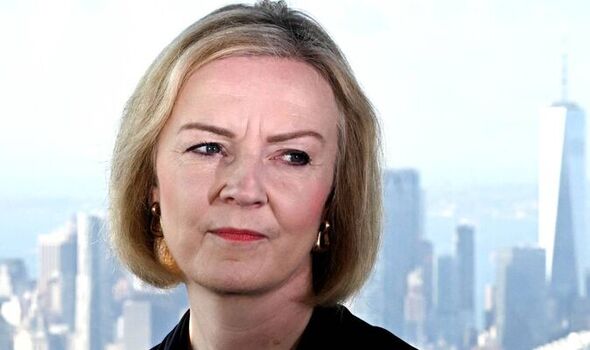 After the talks in Downing Street, the OBR said it will hand over a draft report showing its assessments next week. But the government is sticking with publication on November 23 as it wants to wait for the final version.

The meeting in Downing Street with OBR chairman Richard Hughes followed a week of market turbulence.

“They agreed, as is usual, to work closely together throughout the forecast process and beyond.”

“The Prime Minister and Chancellor reaffirmed their commitment to the independent OBR and made clear that they value its scrutiny.”

Treasury minister Andrew Griffith had played down the significance of the meeting, saying: “It seems to me a very good idea that the Prime Minister and Chancellor are sitting down with the independent OBR. Just like the independent Bank of England, they have got a really important role to play.

“We all want the forecasts to be as quick as they can, but also as a former finance director I also know you want them to have the right level of detail.”

The markets’ response to the mini-budget leaves the Prime Minister and Chancellor facing a difficult week when they head to Birmingham for the Conservative Party conference.

Conservative MP Peter Aldous warned that “time is running out to show the British people that the Conservative party deserves to retain the honour of serving as their Government”.

Strategy firm Stonehaven released modelling that put Labour on course for an outright majority for the first time in 18 months if the election was held today, winning 332 seats to 228.

Stonehaven’s Insight Director Pandora Lefroy said: “It has been a turbulent year for the Conservative party and that is being reflected in our election modelling which is showing, for the first time in 18 months, Labour having a path to an outright majority.

“A lot can change between now and the next general election, but today we are seeing Red Wall voters are going back to their roots.

“Interestingly our data shows it is not their values that have changed, it’s simply that Labour is now seen as the party that best represents those values.”

‘Like the Tiger King Got Elected Tax Collector’: Inside the Case That Ensnared Matt Gaetz