Liz Truss has wielded the axe on Boris Johnson’s ally Zac Goldsmith after he was sacked as an environment minister in a rapid shake-up from the Prime Minister. Conservative Party peer Mr Goldsmith, a close friend of Boris Johnson and his wife, Carrie, has been stripped of the domestic animal welfare brief and will no longer attend Cabinet meetings. He is however expected to retain his his role at the Foreign Office, where he is minister of state for the Pacific and international environment.

Ms Truss only formed her new Cabinet last week after replacing Mr Johnson as Prime Minister, and made a number of significant changes.

Downing Street had originally said it had put the reshuffle on hold during the national period of mourning after the Queen died aged 96 last Thursday.

But the move to sack Mr Goldsmith has reportedly raised fears among many Tory MPs and campaigners that animal welfare will be downgraded by the Prime Minister’s new Government.

In a farewell letter to staff at the environment department, Mr Goldsmith reportedly expressed his sadness at leaving his role after a “whirlwind” three years. The Conservative Party peer went onto list his achievements, including in forestry, plastic pollution and the oceans. 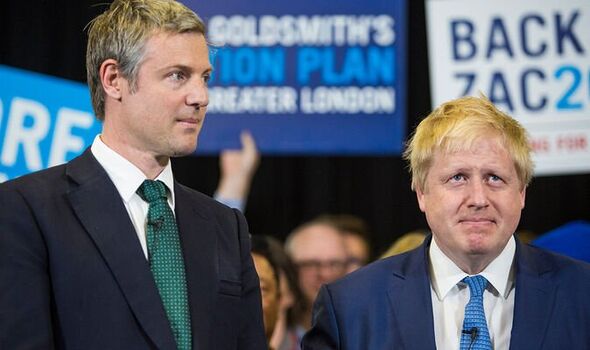 He wrote in the letter: “We have so much more to do to turn the tide here. The UK is, after all, one of the world’s most nature-depleted countries.

“But if Defra [the Department for Environment, Food and Rural Affairs] continues to get the backing you need and deserve across government, you can and you will turn the tide.”

Tory MP Henry Smith praised the departing minister, and said: “Zac has been a fantastic champion of animal welfare issues in government and, despite all the other distractions, he’s been instrumental in delivering quite a few pieces of legislation that have made it on to the statute books.

“I would expect the Government to fulfil all its manifesto commitments and pledges on animal welfare, regardless of which individuals occupy roles in various departments.”

Lorraine Platt, co-founder of the influential Conservative Animal Welfare Foundation, of which Mrs Johnson is a patron, expressed her disappointment at the decision to remove Mr Goldsmith.

She warned: “Our Government has always maintained that animal welfare standards will be maintained in any trade deals, but this is vitally important that this is honoured and that our farmers are not undercut by low-welfare trade deals.

“We have higher animal welfare standards here than many countries, so they cannot compete.

“The UK is behind certain countries on ending cages and crates – that is something Zac wanted to do if he had stayed on. There is still a lot we could do on trade agreements.

“It is important to the public that animal welfare is advanced, and we hope the Government recognises this and continues to uphold and improve our high standards.”

Can Paramount+ Succeed? One Producer Hopes to Make It So.

How China's deal with the US helped avert COP26's collapse