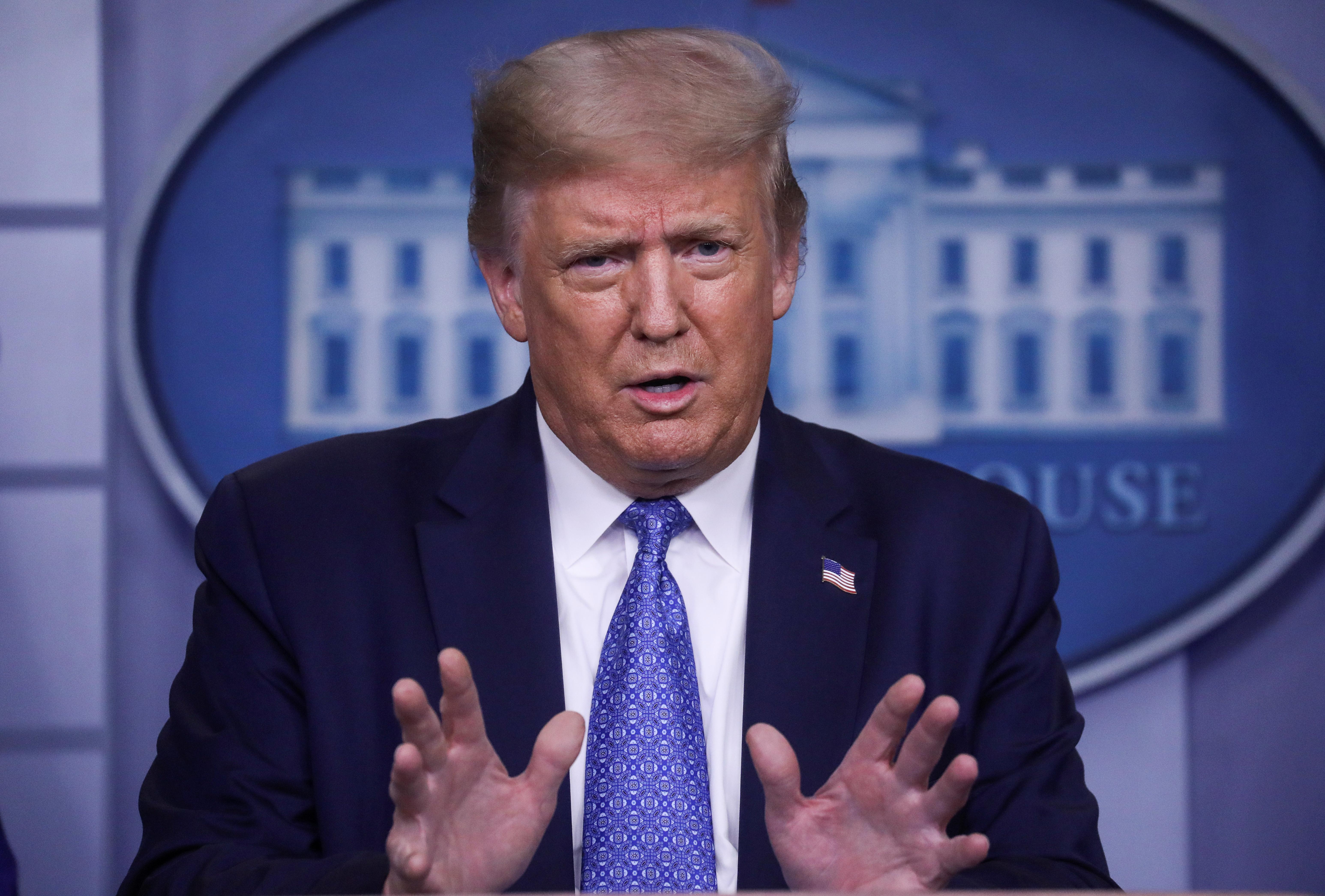 WASHINGTON (Reuters) – U.S. Treasury Secretary Steven Mnuchin on Saturday said that the Trump administration supports extending enhanced unemployment benefits until the end of the year in the next round of coronavirus aid, albeit at a reduced level.

The administration and the U.S. Congress have been trying to strike a deal on the next aid package as enhanced unemployment benefits of $600 a week that Congress approved earlier in the pandemic expire on July 31.

Mnuchin said he had spoken on Friday with top Democrat in Congress, House Speaker Nancy Pelosi, who has said she does not want a short-term extension of unemployment insurance.

“We don’t want a short-term extension either, we want something till the end of the year,” said Mnuchin, who was in the Capitol on Saturday with White House Chief of Staff Mark Meadows to meet with staff of Senate Majority Leader Mitch McConnell on finishing up details of the package.

Mnuchin said last week Republicans were looking at an extension of unemployment benefits that replace 70% of wages, an idea he repeated on Saturday. “We want to make sure that there’s a technical correction, so that people don’t get paid more money to stay home than to work,” he said.

Mnuchin said he expected initial language of the legislation to emerge on Monday.

Meadows suggested that a deal on a standalone bill on unemployment benefits could be reached before the July 31 deadline, leaving time on other issues to help Americans deal with the economic slowdown from the pandemic.

Perfect storm – Will 2021 be the year the world warms to climate change?: Green Pulse Podcast