President Biden’s $2 trillion infrastructure proposal is a test of his belief that he can generate popular backing across the country as Republicans seek to block him on Capitol Hill. 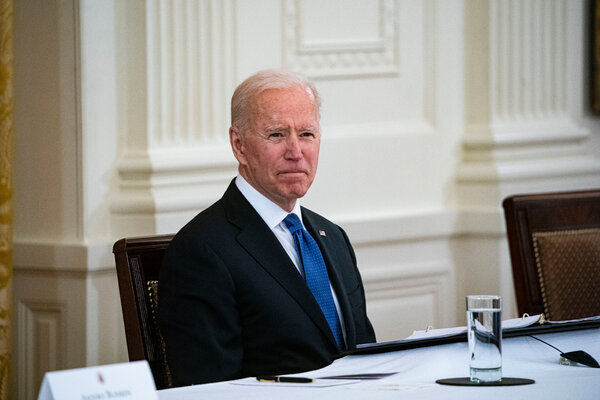 WASHINGTON — President Biden’s attempt to muscle through a $2 trillion plan to rebuild the country’s infrastructure — along with the tax increases to pay for it — will be a defining test of his belief that bipartisan support for his proposals can overwhelm traditional Republican objections in Congress.

Instead of paring back his ambitions in an effort to limit opposition from Republicans in the Senate or appease moderate Democrats in the House, Mr. Biden and his allies on Capitol Hill are barreling ahead with unapologetically bold, expensive measures, betting that they can build bipartisanship from voters nationwide rather than from elected officials in Washington.

Senator Mitch McConnell of Kentucky, the Republican leader, and other members of his party are working to brand the bill as a liberal wish list of wasteful spending and a money grab from a Democratic administration that will drag down the economy with tax hikes.

In his first cabinet meeting at the White House on Thursday, Mr. Biden directed several of his top officials to travel the country during the next several weeks to sell the benefits of the infrastructure spending. Jen Psaki, the White House press secretary, also told reporters that the president would host Democrats and Republicans in the Oval Office to discuss the plan and their ideas.

“I hope and believe the American people will join this effort — Democrats, Republicans and independents,” Mr. Biden said in Pittsburgh on Wednesday as he formally announced his plan. He compared it to the popularity of the nearly $1.9 trillion pandemic relief bill that passed last month, saying, “If you live in a town with a Republican mayor, a Republican county executive or a Republican governor, ask them how many would rather get rid of the plan.”

But generating sustained support for the proposal is shaping up to be a major challenge for the White House. The business lobby is preparing to wage a full-scale campaign against the tax increases in the president’s plan, with influential groups like the Business Roundtable and the U.S. Chamber of Commerce warning lawmakers against raising taxes as the United States emerges from a deep economic crisis caused by the coronavirus pandemic.

But across the country, some local Republican officials are already embracing the prospect of millions of dollars in new infrastructure spending flowing into their communities, even as they are careful to express concern about new taxes. 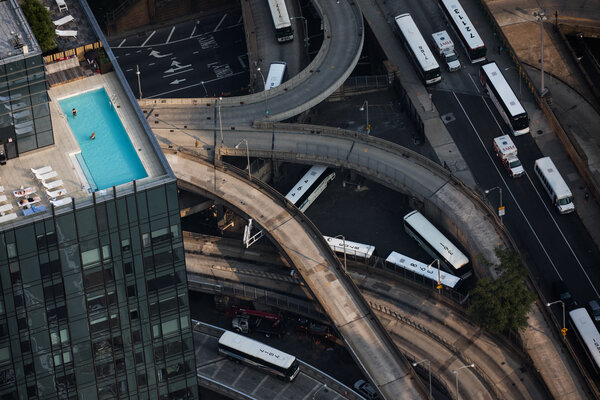 In Fresno, Calif., Mayor Jerry Dyer said the president’s proposals, if passed into law, would allow the city to accelerate plans for a high-speed rail station linking it to job centers in the Bay Area. He said the city had struggled to electrify its fleet of buses and provide robust internet, especially to poorer communities.

“These dollars are going to be welcomed in terms of repairing a lot of our infrastructure,” said Mr. Dyer, a Republican. He said he was concerned about the effects of higher taxes on businesses but added that he hoped the issue would be worked out in Washington.

Supreme Court Starts Term With Case on the Politics of Judging