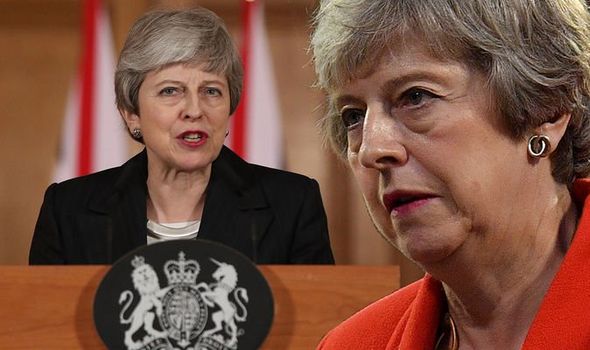 Shortly before she stepped down the former Prime Minister set up the Office for Tackling Injustices in a bid to keep alive her own domestic agenda which had been lost after her government was overwhelmed by Brexit. But it appears that Mrs May’s successor Boris Johnson has decided that he does not want to continue with the project which has been strongly criticised as “a waste of money” by Tory MPs.

In a written answer to Labour MP Yvette Cooper, the chairwoman of the Home affairs select committee, cabinet office minister Chloe Smith said: “We are considering how best to take forward the work of the Office for Tackling Injustices in the light of the new Government’s domestic priorities, and the urgent necessity to focus on the response to the Coronavirus crisis.”

A source has told the Sunday Express that the current government was concerned that the proposal was “unfocussed” and could become a platform for “pet projects from the Left”.

Mrs May had  identified “the burning injustices in society” as her top priority when she first stood on the steps of Downing Street as Prime Minister in July 2016.

She said: “That means fighting against the burning injustice that, if you’re born poor, you will die on average 9 years earlier than others.

“If you’re black, you’re treated more harshly by the criminal justice system than if you’re white.

“If you’re a white, working-class boy, you’re less likely than anybody else in Britain to go to university.

“If you’re at a state school, you’re less likely to reach the top professions than if you’re educated privately.

“If you’re a woman, you will earn less than a man. If you suffer from mental health problems, there’s not enough help to hand.

“If you’re young, you’ll find it harder than ever before to own your own home.”

Debunking the Pro-Trump Right’s Claims About the Jan. 6 Riot

With Cameras Rolling, an Uneasy and Isolated Capitol Receives Biden