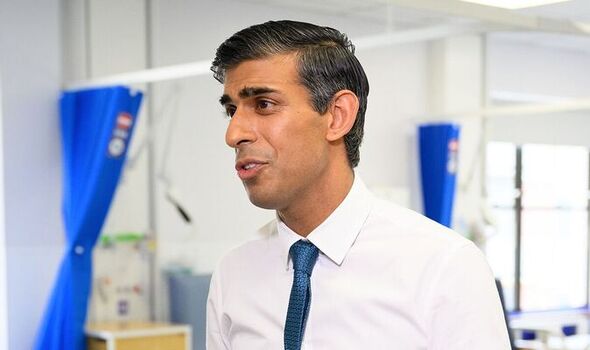 Rishi Sunak was defended this morning after he faced backlash for having private health care.

Tory MPs said it was a “free country” and members of the Government should be judged on their record in office rather than on how they spend their own personal finances.

It came after it was reported last night that Mr Sunak is registered with a private GP practice that guarantees all patients with urgent concerns will be seen “on the day”.

The west London clinic charges £250 for a half-hour consultation and is also available in the evenings and at weekends.

Dr John Puntis, co-chair of campaign group Keep Our NHS Public, criticised Mr Sunak’s private healthcare, telling the Guardian: “It should be no surprise that Rishi Sunak has private medical care arrangements; this will be the norm for many of the rich and powerful.

“Those making decisions about vital public services are often least likely to use them, which of course reinforces their ideological animosity.”

Meanwhile, Paul Evans, director of the NHS Support Federation said: “The PM can ‘go private’ if he wishes, but it is a reminder that we need politicians that have a long-term belief in the publicly run NHS which most of us rely upon”.

“What they do with their private money is up to them.”

Speaking to Sky News, he added: “I don’t have private insurance but I don’t in any way think that people should not do that if that’s what they choose to do.

“Anyone is entitled to do that, this is a free country. It cannot be that we tell some people they cannot do that.

“The Government is judged by what it’s doing for the NHS and the NHS is getting a lot of extra money.”

Transcript of Biden’s Speech on Climate Change and Hurricane Ida

Zero to hero: Greytown’s bar with no booze claims to be a big hit with patrons