Nicola Sturgeon has come under fire for her renewed desperate effort to hold a second Scottish independence referendum, as she still needs to determine its legality through the UK Supreme Court. Scottish Conservatives leader Douglas Ross lashed out it was “potentially illegal” and a “dividing” issue, which should be put aside to tackle more urgent issues like the cost-of-living crisis and the NHS crisis. 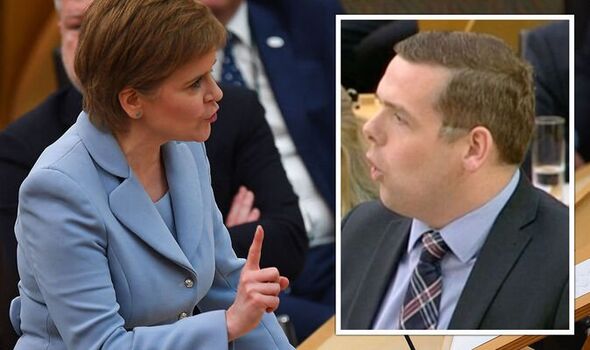 Speaking in Holyrood, he hit out: “A potentially illegal referendum next year is the wrong priority for Scotland.”

After Nicola Sturgeon concluded her Indyref2 announcement under fellow MSP’s applause, Mr Ross asked: “I wonder whether that SNP applause was meant to make up for the people in the public actually walking out.

“Because Nicola Sturgeon is at it all over again. Her eye is off the ball once more. The real priorities of people across Scotland are on the back burner. Instead, the First Minister is putting her plans to divide Scotland front and centre.” 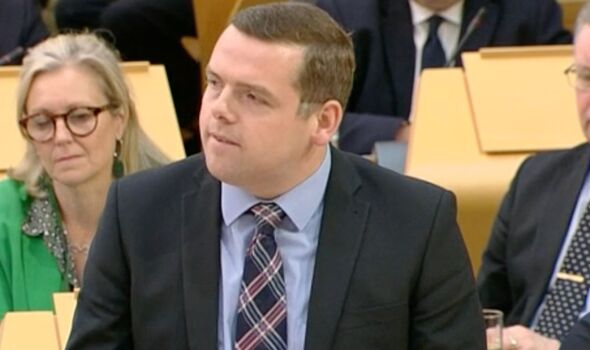 “Nicola Sturgeon has shown again today that the SNP’s selfish obsession with another divisive referendum is always their top priority”, Mr Ross said.

“She will use government time and resources to further her plan to break up the country just when we need to be pulling together ad working as one.

“All of her focus should be on tackling the huge challenges faced right now. Helping families with their bills, supporting frontline services and creating good jobs.”

Trump issues a statement calling on Americans to ‘ease tensions and calm tempers.’