Nicola Sturgeon on hopes for Scotland to 'trade freely' with EU

The SNP leader, who is campaigning ahead of the Scottish parliament elections next Thursday, has pledged to hold a second independence referendum if her party receives a majority at the polls. Ms Sturgeon has claimed Brexit is having a damaging impact on the Scottish economy because it places barriers to trade between the UK and EU.

Setting out her case for a new vote on the country’s membership of the UK while on the BBC’s Andrew Marr show yesterday, the First Minister said Scotland had been cut off from the EU market.

She said: “Right now, we have been are being denied access on that free trade basis to a market that is seven times bigger than the UK market.

“I want Scotland to be able to trade freely across that.”

However, despite Ms Sturgeon’s claims, statistics from the Scottish Government’s own website show the country exports more goods to the rest of the UK than it does the EU. 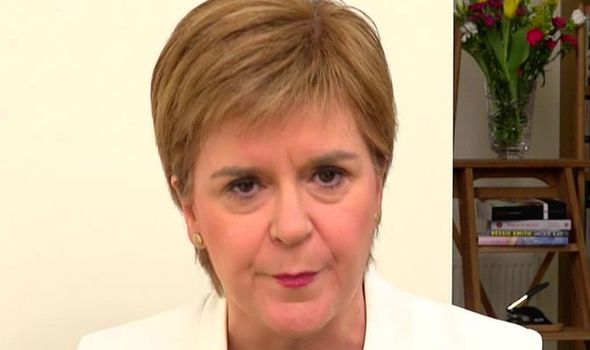 Official figures from 2018, the year most recently available, show 60 percent of Scottish exports travelled to the rest of the UK.

In contrast, just 19 percent went to the EU.

It means £51.2billion of Scotland’s £85billion exports were sent to England, Wales or Northern Ireland.

Criticising Ms Sturgeon’s comments, a Scottish Conservative spokesman told Express.co.uk: “The SNP are so obsessed with ripping Scotland out of the UK they have done no analysis of the devastation that it would cause to hard-pressed families and the wider economy.

“As the election gets closer, Sturgeon’s fantasy economics and plans for a hard border with England are exposed as reckless and damaging.

He added: “When all focus should be on working together and rebuilding post-pandemic, Nicola Sturgeon intends to stage another divisive referendum in the next two years.” 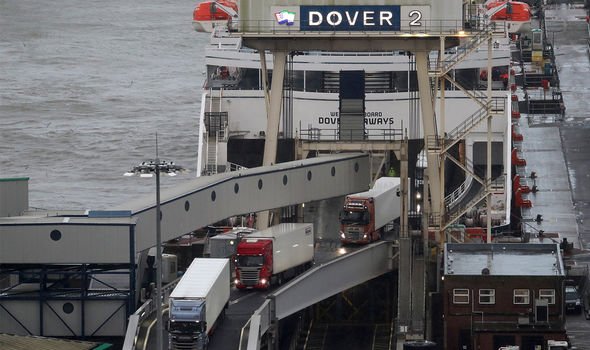 Ms Sturgeon made her remarks about trade with the EU as she admitted a border with England would be inevitable if an independent Scotland joined the EU.

“I want us to be part of the world’s biggest single market.

“It’s seven times the size of the UK market.

“But of course I want to and will work with others to make sure we keep trade flowing easily across the border between Scotland and England,” she said. 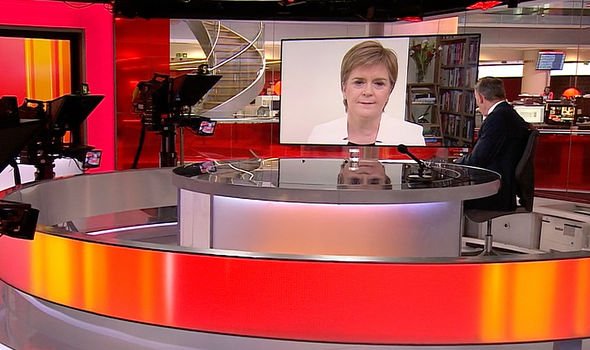 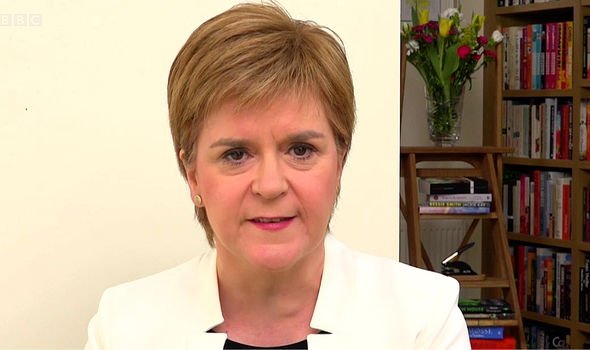 “We will work to make sure that we have trade flowing easily across that border.

“We will need to work to make sure that that can be secured.

“But the importance of been able to trade across the European single market area and indeed internationally is also really really vital.”

Boris Johnson has vowed to reject SNP demands for a second referendum in the event of a pro-independence majority in Holyrood after next Thursday’s vote.

The Prime Minister has described independence as a once in a generation issue that was resolved after the 2014 referendum and says all focus must be on the economic recovery after Covid.

Ms Sturgeon has warned Mr Johnson the refusal to grant consent for a new referendum would be “Trump tactics”.

However, in a boost for the Prime Minister, a new poll has found Scots would support Mr Johnson in rejecting a new vote.

A survey by Savanta ComRes published today found 44 percent of Scots said they would back the Prime Minister’s decision to simply rule out a new referendum.

Of the 1,001 Scottish adults aged 16 or over surveyed between April 16 and 20, 33 percent said they would not support Mr Johnson’s refusal to grant consent.

Ten percent of respondents said they did not know, while 13 percent said they neither agreed nor disagreed.

Bill Gates left Microsoft board amid probe into relationship with staffer