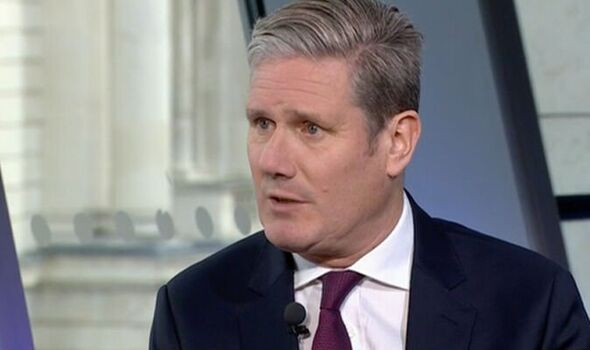 Sir Keir Starmer said he backed workers on strike across Britain as he appeared to cave to trade unions threatening to withdraw funding to Labour.

Speaking this morning ahead of the party’s annual conference in Liverpool, the Holborn and St Pancras MP sought to heal the rift at the heart of Labour.

He said he supported “the right of individuals to go on strike” and pledged he would improve workers’ rights if in No10.

The Labour leader told the BBC: “When people go on strike, it is a last resort at the end of negotiations.

“I can quite understand how people are driven to that.

“People are struggling to pay their bills, the negotiations have not succeeded and they’ve taken a decision as a last resort to go on strike.

“And I support the right of individuals to go on strike, I support the trade unions doing the job they’re doing in representing their members.

“I want to see the strikes resolved, as do everybody who is on strike.”

The stance enraged trade unions, who give the party millions in donations each year, with several of them threatening to stop giving money to Labour.

Unite, Labour’s biggest financial backer, said in July there was “no point” in giving money to a party which does not support workers.

She said it was getting “harder and harder to defend” Sir Keir’s stance on strikes and that she would stop giving money unless he gave his support to those taking industrial action.

Sir Keir said this morning that it was “reasonable” for people to expect wages that take account of the rising cost of living.

However, he appeared to stand by his decision not to appear on the picket line, saying he was focused on getting Labour into power.

“My job as leader of the Labour Party is not the same as the job of a trade union.

“The single most important thing I can do for everybody who is on strike today and everyone who is struggling to pay their bills is to usher in a Labour Government.

“Because when we do that we can have day one employment rights for every single person.”