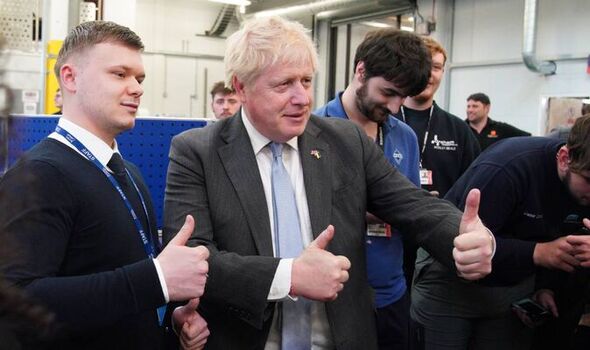 He vowed to “fix” the energy crisis by modernising the energy sector.

“I certainly think it is crucial that the government fixes our energy supply issues and the spike in energy prices is a global phenomenon, but what we haven’t had is the national solutions that the country can deliver and the people of this country deserve,” he said.

“This is the country that first split the atom.”

He said he wanted to build a nuclear reactor a year instead of one a decade to give the UK “self reliance” and “security”.

The Prime Minister, who was mobbed by supporters as he enjoyed an ice cream in Whitley Bay, Tynemouth, while out on the campaign trail, said there had been “massive investment” in cutting edge technology since the Tories successes last year in the region.

After visiting Hartlepool nuclear power station, he said it was playing a vital part in “weaning us off fossil fuels, including Russian oil and gas”.

“Instead of a new one every decade, we’re going to build one every year, powering homes with clean, safe and reliable energy,” he added.

Democrats’ election overhaul is expected to clear a major Senate hurdle, but the road ahead is unclear.

‘I’m enjoying this!’ Gloating Farage revels in EU vaccine failures as proof he was right