SEATTLE (Reuters) – The mayor of Seattle said on Thursday it would be unconstitutional and illegal for U.S. President Donald Trump to send military forces into the city to clear protesters occupying a neighborhood, as he has suggested.

But Mayor Jenny Durkan, speaking at an afternoon press conference, did not say how or when authorities would remove the roughly 500 demonstrators who have established a makeshift encampment behind barricades in the Capitol Hill district.

“It is unconstitutional and illegal to send the military into Seattle,” said Durkan, a first-term Democrat. “There is no imminent threat of an invasion of Seattle.”

Activists have occupied the area since police on Monday moved street barricades and abandoned their East Precinct station in a move city officials say aimed to reduce tension.

In a Youtube video bit.ly/30xNvm7, Seattle’s police chief, Carmen Best, said it was not her decision to leave the precinct.

“You fought for days to protect it, I asked you stand on that line day in and day out to be pelted with projectiles, to be screamed at, threatened and in some cases hurt,” Best told her department in the video published on its Youtube page.

Protesters used the police barricades to section off the area, calling it the “Capitol Hill Autonomous Zone.”

“We’re not going to let this happen in Seattle. If we have to go in, we’re going to go in,” Trump told Fox News on Thursday.

“Let the governor do it. He’s got great National Guard troops … But one way or the other, it’s going to get done. These people are not going to occupy a major portion of a great city.”

On Sunday, a man drove his car into a crowd of protesters in the area that became the “autonomous zone” the following day. He then shot and wounded a demonstrator who confronted him as he came to a stop, according to police and eyewitness video.

The man who was shot was in stable condition at a hospital while the driver was arrested.

Major U.S. cities have been convulsed by marches, rallies and sometimes violence for more than two weeks over the death of a black man, 46-year-old George Floyd, while in Minneapolis police custody. A bystander recorded video of the now-dismissed officer holding a knee on Floyd’s neck for nearly nine minutes.

“What we have been given here is a unique opportunity to see how a police-free zone can be facilitated,” protester David Lewis told Reuters, standing in front of the abandoned East Precinct. 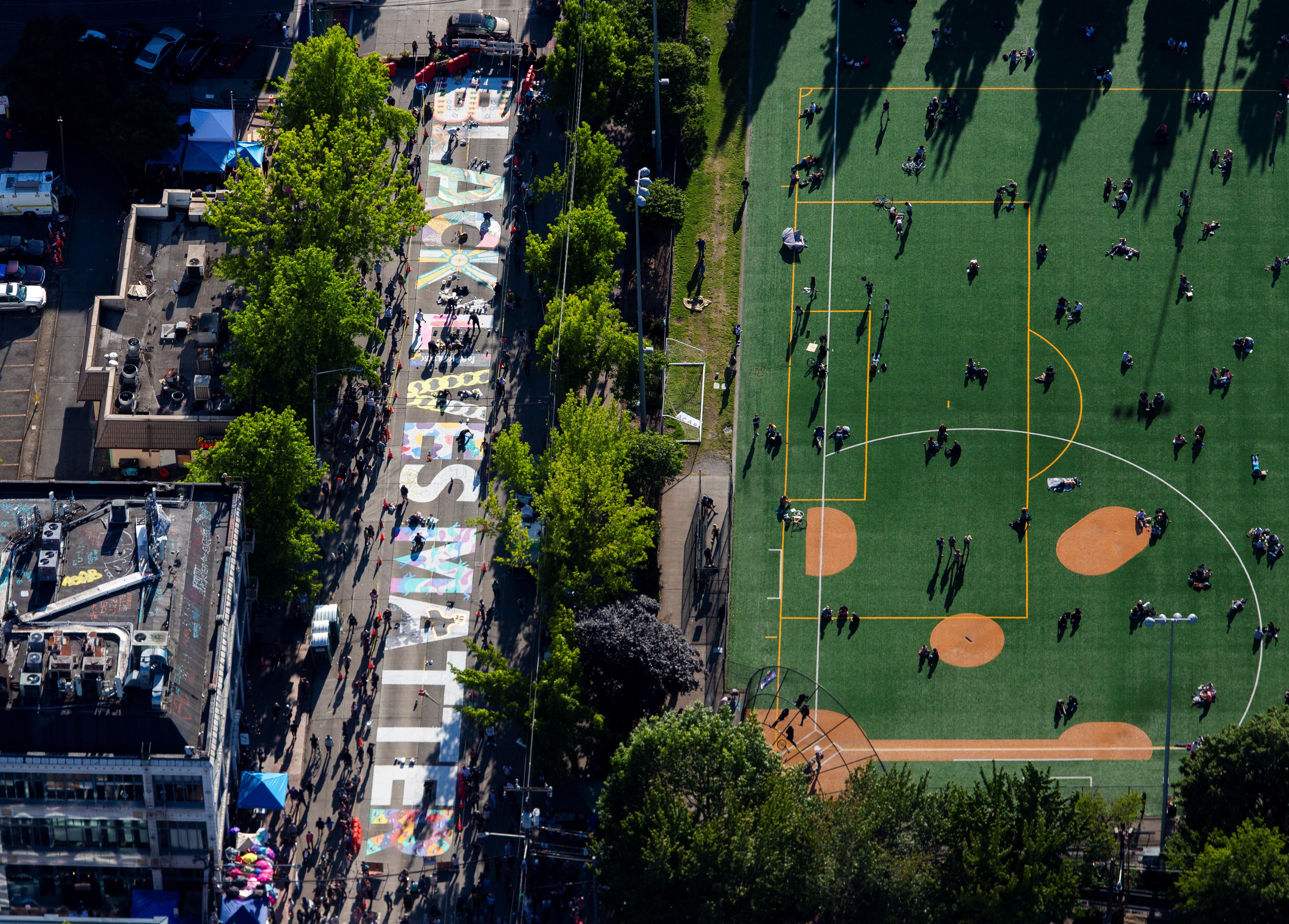 “Making this a community or education center would be a momentous and very powerful movement that the city can commit to the lack of police brutality and also an acknowledgement of the debts of the past.”

Police officers returned to the East Precinct building on Thursday to inspect it for damage but it remains unstaffed.

Best said the neighborhood could not remain occupied but neither she nor Durkan would say how the city planned to dismantle the camp.”We have to make sure we don’t recreate the entire cycle we were able to disrupt,” Durkan said.

Covid 19 coronavirus Delta outbreak: Ask us anything on Covid