The London mayor ordered a review of landmarks in the capital after a wave of Black Lives Matter protests last year. Mr Khan originally approved up to £247,000 for the work but is now spending four times as much while at the same time hiking up council tax bills. It comes as a poll found more Londoners are opposed to the plan than are in favour of it.

Susan Hall, leader of the Conservatives at City Hall, said the mayor is “waging a war” on the city’s statues.

She said: “Sadiq Khan’s decision to quadruple his statue-toppling commission’s budget shows his complete disregard for taxpayers’ cash and how little he thinks of British history.

“No politician or unelected commission has the right to rewrite or erase large swathes of the past. We have a long history filled with heroic triumphs and terrible mistakes. We shouldn’t hide it.

“Londoners will be appalled to learn that the Mayor is waging all-out war on the capital’s statues after increasing their council tax bill. Instead of pandering to anti-British protesters, the Mayor needs to focus on Londoners’ priorities. 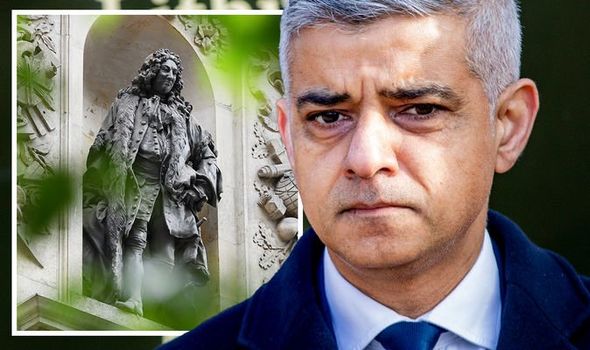 “Sadiq Khan’s decision to appoint left-wing activists shows the stance his commission will take when reviewing the capital’s landmarks.

“There can be no doubt now that Sadiq Khan is planning to topple towering British heroes. Why else would his new commission need such a large war chest?”

Mr Khan is planning to increase his share of average council tax bills from April by 9.5 per cent.

The massive increase in costs to this statue review was slipped out in the mayor’s budget documents for the next financial year. 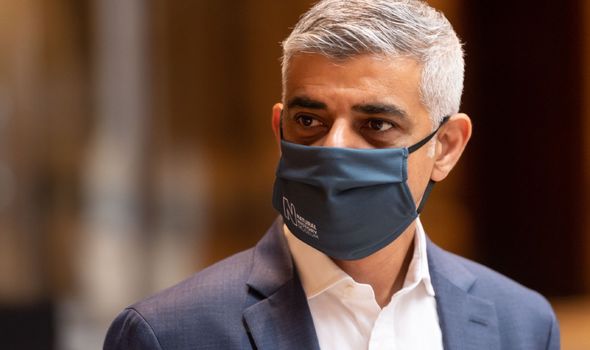 Mr Khan has control over some of London’s most well-known landmarks, including Nelson’s Column and the statue of Sir Winston Churchill’s in Parliament Square, which was daubed with graffiti branding him a racist during unrest in the capital.

Mr Khan insists he does not want the Second World War leader’s tribute to be removed.

The Commission for Diversity in the Public Realm will also review plaques and street names.

A YouGov poll for the Conservatives found 42 per cent of Londoners oppose the plans compared to 38 per cent in support.

A spokesman for Mr Khan said: “Too many Londoners feel unrepresented by some of the capital’s statues, street names and building names and Sadiq makes no apology for creating the Commission which will help ensure that all Londoners can take pride in our public landscape.

“Sadiq has managed to limit the council tax increase to less than half of what his opponents expected, despite huge pressure from Government Ministers for him to increase council tax to pay for public transport and policing in the capital.”

France election polls: Who is leading in the race to be the next president of France?