The agreement could boost the Treasury’s takings by billions and end the legal tax ­avoidance by online giants such as Amazon, Google and Facebook. The groundbreaking announcement comes as Boris Johnson revealed he will use this week’s G7 summit of world ­leaders in Cornwall to push forward plans to vaccinate the globe by the end of 2022. Mr Sunak, who brokered the tax agreement after two days of fraught final meetings which ended yesterday, said that it has answered the questions raised by those who suggested British influence would wane after Brexit.

It also emerged that the country’s unmatched “soft power” played a vital role in ending divisions over taxing tech firms, with foreign finance ministers and their officials wowed by ­having talks in Lancaster House, the London mansion where Netflix’s hit TV series The Crown is filmed.

Speaking to journalists just hours after striking his deal, Mr Sunak said: “What this demonstrates is that we as a country can play a leadership role.

“Various people have asked what does the UK do after Brexit? Has our standing in the world diminished? Do people listen to us?

“I think this is one of hopefully numerous examples of the UK unquestionably playing a leadership role. That’s the UK doing its job, playing that leadership role on topics which help people’s lives.

“I hope people feel proud that the UK has stepped up and done this.”

The new global tax deal agreed by the G7 nations of the world’s largest economies will set a world minimum corporation tax rate of 15 per cent on profits. 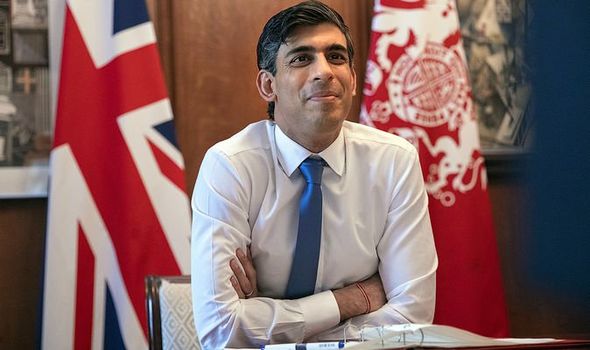 After months of intense work, Mr Sunak – who made this his top priority for 2021 after the Budget – helped persuade the Americans to agree to an arrangement where the big tech firms will have to pay more of a fair share in tax.

He was aided by increasing global pressure on the issue, with Canada, France and Italy in the G7 all looking at a digital ­services tax alongside Britain.

Spain, the Czech Republic, Austria, Indonesia, Malaysia and Turkey are also pushing the agenda in Europe and among emerging economies.

With companies such as Amazon legally not having to pay the same level of
taxation as high street shops and others, Mr Sunak has argued that the system is out of date. As long as it is ratified by the US, the new deal will mean companies which move to low-tax economies, such as Ireland, will have to pay a top-up fee on their profits in individual countries.

They will also no longer be able to bundle up their profits in individual countries.

Mr Sunak said: “These seismic tax reforms are something the UK has been pushing for and is a huge prize for the British taxpayer – creating a fairer tax ­system fit for the 21st century. 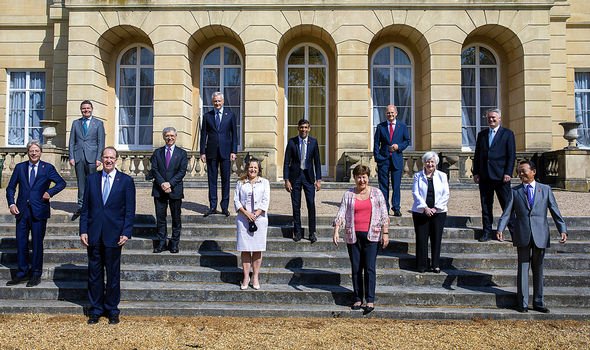 “This is a truly historic agreement and I’m proud the G7 has shown collective leadership at this crucial time in our global economic recovery.”

The deal will now be taken to the G20 summit in Spain in the autumn and then
the 37 countries in the Organisation for Economic Co-operation and Development (OECD).

A Treasury source said that the Chancellor has been in talks with the global tech giants and they were resigned to the introduction of a worldwide tax.

The UK is believed to be the biggest user of online purchasing, which has put further strain on the high street. 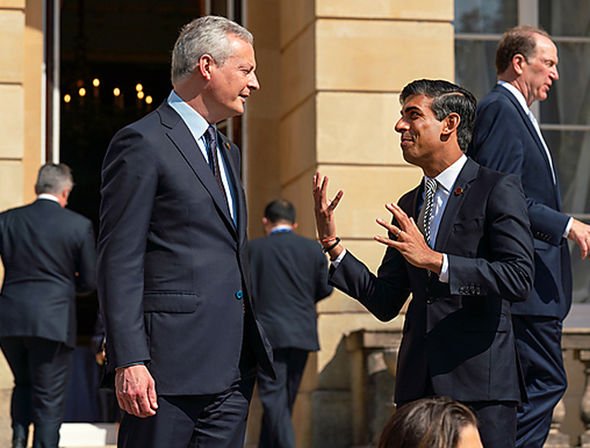 Mr Sunak is now looking at levies such as a delivery tax, and at slashing business rates on traditional shops and the hospitality sector.

Speaking of Mr Sunak’s tax deal, a Treasury source said: “I think most of the tech firms expected something was going to happen and they would much prefer to have a global solution. Because at the moment, they’re dealing with countries doing their own thing in different ways.

“I would imagine they would probably welcome the fact that they will have a ­consistent global approach to this.

“But what I’d say to them, as all companies, is that it needs to be fair.

“Our model has to be fair in the eyes of all of our citizens and it’s clear the current model is not fair. What we need to do is level the playing field and that’s what this agreement has begun to do today.” A ­digital services tax initially being proposed by Mr Sunak was estimated to rake in £500million but the new rules could mean a boost of billions for the Exchequer.

A Treasury source said it is “too early” to calculate the exact amount of extra tax expected to come in as a result of the changes.

The agreement was the first part of a G7 summit which will this week move to Carbis Bay, in Cornwall, with the environment and coronavirus on the agenda.

Finance ministers also agreed to have ­climate change audits for companies, which have been trialled in Britain, and to toughen the rules on protecting wildlife and preventing illegal deforestation.

Meanwhile, summit host Mr Johnson will ask the leaders of the seven biggest economies to unite to end the scourge of coronavirus around the globe. The Prime Minister will urge them to come together to fund an international vaccine programme which will ensure everyone in the world is vaccinated.

He will ask for the leaders, including US President Joe Biden and senior figures from the EU, to make concrete commitments to vaccinate the entire world against the virus by the end of 2022.

Speaking ahead of the summit, the Prime Minister said: “The leaders of the world’s greatest democracies will gather at a historic moment for our countries and for the planet. 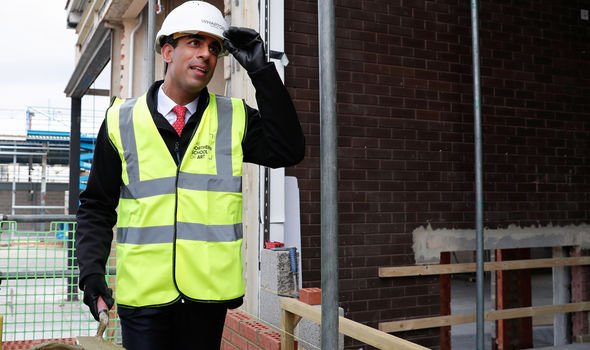 “The world is looking to us to rise to the greatest challenge of the post-war era –defeating Covid and leading a global recovery driven by our shared values.

“Vaccinating the world by the end of next year would be the single greatest feat in medical history.

“I’m calling on my fellow G7 leaders to join us to end this terrible pandemic and pledge we never allow the devastation wreaked by coronavirus to happen again.”

The conference will also include the prime ministers of Japan, Canada and Italy, as well as French President Emmanuel Macron and Chancellor Angela Merkel of Germany.

The EU Commission and Council presidents will also be present as well as leaders from Australia, South Africa, South Korea, and the UN Secretary General António Guterres.

Indian Prime Minister Narendra Modi, who is dealing with a Covid spike in his country, will join by video link.