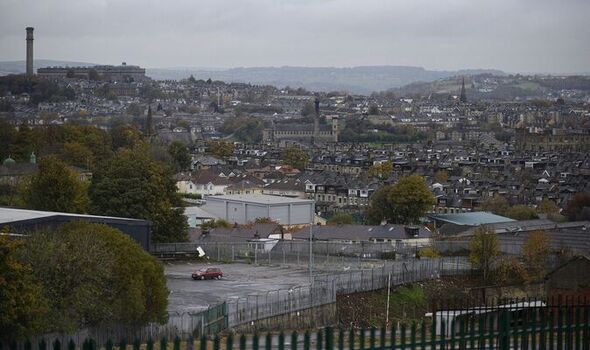 The analysis shows that despite the Government’s rhetoric towards ending decades of under-investment in the former red-wall heartlands, the north now receives less per person in public spending than the rest of the country – with Londoners getting an extra £3,000 per head every year.

The research published on Tuesday by IPPR North – a branch of the Institute for Public Policy – shows that between 2019 and 2021 the Government increased total public spending on the north by 17 percent to £16,223 per person. While this represented a significant uplift it still worked out at lower than the England wide average of 20 percent – which equated to £16,309 per person.

And London continued to surge ahead receiving the highest public spending per person and the highest increase over the course of the levelling up agenda receiving £19,231 per person, a whopping 25 percent increase.

This week marks the third anniversary of Boris Johnson’s pledge from the Downing Street steps to “level up” the country, and under his premiership he succeeded in increasing public spending in every region of England.

The lowest total per person public spending in England was in Yorkshire and Humber, at £15,540 per person, and the lowest percentage increase was in the North East with a 16 percent increase.

Middlesbrough Mayor Andy Preston branded the figures “disturbing” and said they show “there’s a long, long way to go” to convince people across the north that levelling up is little more than an election slogan.

He said: “My belief is that many people misunderstand what actually needs levelling up.

“Above and beyond big capital projects, which are obviously important, what needs levelling up is achievement and aspiration. It’s about intervening at a community level.

“The only way to do that is to get inside our struggling communities and make changes from the inside.

“That means improving the quality of housing, making streets safer through increased police numbers and giving schools the resources to help inspire children to reach their potential.”

The Mayor, who was elected in 2019, accepted that such levelling up was both challenging and “less sexy” than mammoth capital projects.

But he added: “Better housing and making our streets safer with more police may not win the next prime minister the big headlines and there’s no doubt it will take the time, intelligence and much more money.

“But it’s the only way that the government can truly level up people who are most in need In Middlesbrough and towns across the north like ours. “

West Yorkshire Mayor Tracy Brabin, sighted broken promises over transport such as scrapping the eastern leg of HS2 to Leeds and abandoning a proposed new rail line from Manchester to Leeds via Bradford.

She said: “Our great towns and cities are full of promise, and full of the creative people and businesses who can actually make levelling up a reality. But an over-centralised Government in Westminster prevents us from achieving the ambitions we have and ignores our strengths.

We know how to level up our communities better than strangers in Whitehall. So to any candidate vying to be Prime Minister, I urge them – don’t try to level up the north of England from London. Instead, give local areas the long-term funding and devolved powers they need, and they’ll do it for you.

Tees Valley Mayor Ben Houchen remained upbeat. He said: “Levelling up is far too important to wither on the vine and whoever is the next prime minister they have to approach it with the same zeal and drive as Boris Johnson has.

“Boris 100 percent delivered levelling up. We’re making huge progress across Teesside, Darlington and Hartlepool, but there’s more to do and it’s essential that the new prime minister follows in Boris’ footsteps when it comes to levelling up.”

However research fellow Ryan Swift added: “The Government has not yet delivered for people in these communities, so the next prime minister will have to go much further to unlock northern prosperity.”

A spokesman for the Department for Levelling Up, Housing and Communities declined to comment claiming it was a Treasury issue.

A Government spokesperson said: “We do not recognise these figures and are pressing full steam ahead with levelling up the north.

“We are transforming the rail network with £96 billion investment to deliver faster and more reliable journeys, creating thousands of jobs with freeports in Teesside and the Humber, and supporting projects that improve everyday life with our £4.8 billion Levelling Up Fund.

“We also understand the pressures facing local authorities, which is why we made an additional £3.7 billion available to councils in recognition of their vital role and to ensure they are able to deliver key services.”

Grab expects to break even in food delivery by end-2021