Brandishing a banner reading “Who voted for this?”, Greenpeace policy officer Ami McCarthy shouted: “Who voted for fracking?” as the PM was giving her conference address.

The PM then joked: “Now, later on…I am going to talk about the anti-growth coalition, but I think they arrived in the hall a bit too early.”

Ms McCarthy said yesterday: “We needed to take that message to the conference on behalf of the public and push for Liz Truss to remain true to what was promised to voters.” 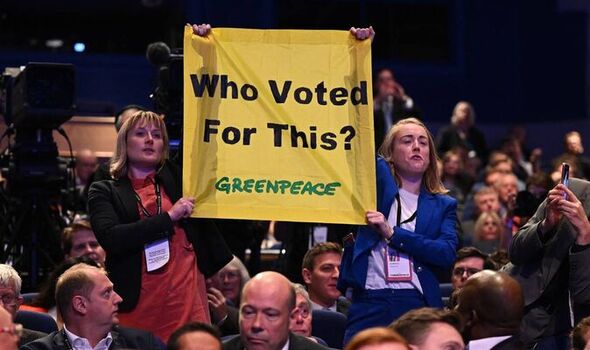 The London University graduate worked at the Commons for a year, as a parliamentary assistant and then a policy adviser in 2017/18.

In a 2020, she said on Facebook: “Always find it fascinating it’s often the same people who support the British Army going overseas to ruin most of the world, that have the biggest problem with asylum seekers and immigration.

“We ruined everything and killed civilians all over the place – men, women and children.”

Denver weather: Sunny, warm days with cool, clear nights on tap for a while.