Cabinet Secretary Simon Case said the pandemic had changed how the Civil Service operates and resulted in much greater co-operation between Westminster and the devolved governments. He told a House of Lords committee “the world of devolve and forget” had ended. Mr Case said: “If you’d asked me only a few years ago did I think that devolution or the Union was at the forefront of policy making in Whitehall, I would have said probably not.

“But actually, I think the experience of both Brexit and obviously, more recently, Covid means that so much more of government, so much more of policy, involves consideration of devolution or Union questions much earlier.

“In everything that we do we should be thinking about how it impacts on the Union.”

His comments come as the Daily Express continues its crusade to Unite The Kingdom. 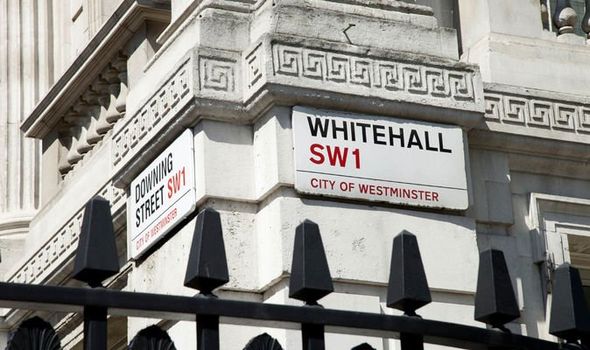 Mr Case rejected proposals for a separate Scottish civil service, saying “we are best operating as one”.

And he defended the PM’s role as the ultimate arbitrator of the ministerial code.

Mr Case added: “Ministers are appointed by the sovereign on the advice of the Prime Minister by the use of prerogative powers. Sometimes people find that odd but that’s just the basics of our constitutional settlement.”

Pelosi to make announcement on future after losing House Speakership