The Labour leader posted a tweet last night saying Boris Johnson been “shameful” as the pair prepare to clash at this afternoon’s Prime Minister’s Questions. Sir Keir tweeted: “The Government’s own advice at the start of the pandemic said people in care homes were ‘very unlikely’ to be infected.

“Now Boris Johnson is trying to shift the blame.”

His criticism comes after Mr Johnson suggested “too many” care homes did not properly follow procedures to fight the coronavirus crisis.

Mr Johnson’s comments have been widely criticised and branded a “realslap in the face” for care workers by the Independent Care Group, while another sector leader said they were “clumsy and cowardly”. 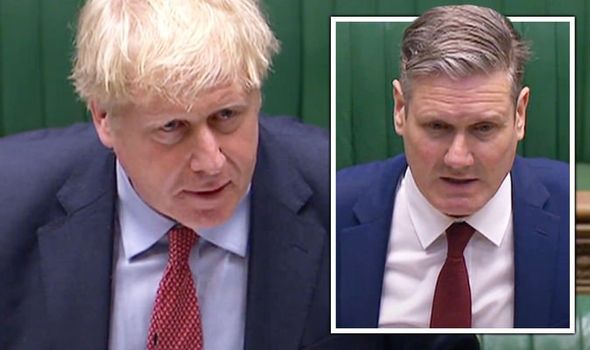 But Downing Street has declined to apologise, with Mr Johnson’s official spokesman clarifying the comments.

He said: ”The Prime Minister was pointing out that nobody knew what the correct procedures were because the extent of asymptomatic transmission was not known at the time,” he said.

Pressed on whether Mr Johnson would like to apologise or retract the comments, the spokesman said: “As I’ve just set out, the PM thinks that throughout the pandemic care homes have done a brilliant job under very difficult circumstances.”

FOLLOW EXPRESS.CO.UK BELOW FOR LIVE UPDATES FROM THE DEBATE