Brexit: UK 'wanted to be in charge' says Widdecombe

The Prime Minister is squaring off against Sir Keir Starmer, who voted to Remain in 2016 and then pushed for a second referendum. With Brexit still one of the most popular policies of Mr Johnson, he will be eager to ram home his opponent’s Remainer credentials.

While the lockdown delay and the findings of the Government’s report into low prosecution rates of rape cases will be areas many MPs will want to focus on, Mr Johnson will be sure to repeatedly talk about his success of striking a deal with the EU.

Marking the moment the morning, Mr Johnson said: “Five years ago the British people made the momentous decision to leave the European Union and take back control of our destiny.

“This Government got Brexit done and we’ve already reclaimed our money, laws, borders and waters.”

He added: “The decision to leave the EU may now part of our history, but our clear mission is to utilise the freedoms it brings to shape a better future for our people.” 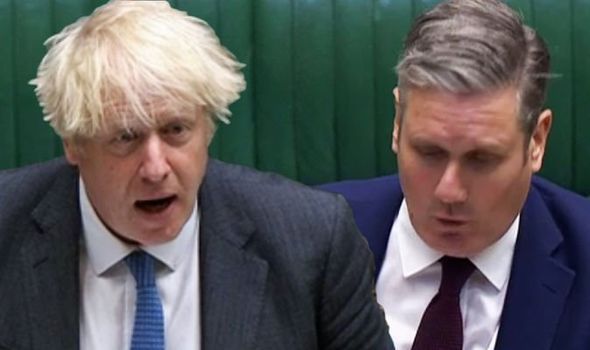 Just half an hour until Boris Johnson takes questions in the House.

Former Prime Ministers regularly says PMQs was the part of the week they most dreaded for fear of being caught out on an issue.

However, with today being the five year anniversary of the EU referendum, Mr Johnson will surely have a spring in his step as he enters the Chamber.