The president’s long history of deal making on the issue is crashing into the realities of a more sharply partisan time. 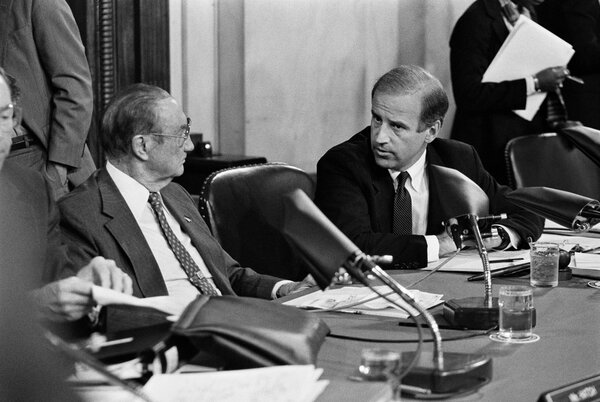 WASHINGTON — As President Biden confronts intense Republican opposition to the broad voting rights bill that Democrats have made a top priority this year, he might remember back to 1982 and an earlier partisan clash over the issue, one of a number across the years that shaped his views on deal making — and its limits.

A key provision of the Voting Rights Act, prohibiting states from denying the vote to people on the basis of race, was facing a high-profile Senate debate over its extension. The Senate Judiciary Committee, the panel handling the legislation, was led by Senator Strom Thurmond, Republican of South Carolina, but aware of the optics of having a former segregationist as their public face for negotiations, Republicans instead chose Senator Bob Dole of Kansas to lead them in talks about a deal.

Representing the other side was Mr. Biden, then in his second term as a senator from Delaware. Mr. Biden was not as well known as another Democrat on the committee, Senator Edward M. Kennedy of Massachusetts, but he did have one advantage: Republicans tended to listen to him.

“He wanted to do the right thing, but he wanted to do it in a way that built consensus,” Sheila Bair, who served as a longtime counsel to Mr. Dole, said in an interview. “Biden recognized that if you want this to be lasting, we needed a big margin.”

In meetings, Mr. Biden and Mr. Dole encouraged Senator Charles E. Grassley of Iowa, a Republican who privately wanted to be helpful, according to two former Senate aides from that era. “This is an opportunity for you to demonstrate that you can be bipartisan,” Mr. Biden told Mr. Grassley at the time, according to one of the aides who recalled the interaction. (A spokesman for Mr. Grassley said he had always been supportive of the Voting Rights Act, and was a key player in the 1982 extension of the law.)

In another meeting, Mr. Biden pointed out to Mr. Thurmond that the tide was turning: “We’re going to win anyhow, Strom.”

The legislation passed, 85 to 8, in June 1982. In the end, Mr. Thurmond was among the Republicans who voted for it.

“The votes that Ted Kennedy was bringing were going to be there no matter what,” Ms. Bair said. “Biden had his own journey on civil rights, and in a weird kind of way, that gave him more credibility with people like Strom Thurmond.” 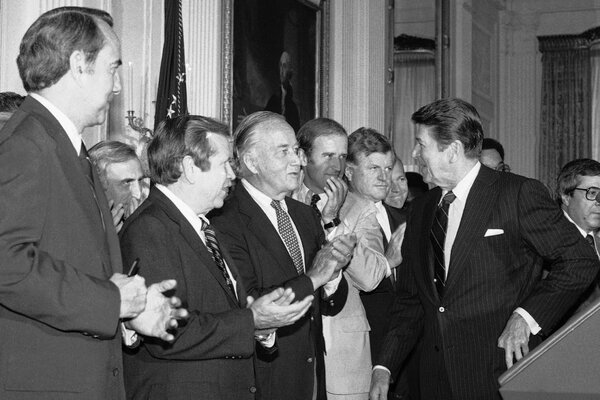 Mr. Biden’s long experience in working across the aisle in the Senate — and his evolution from opponent of school busing to proponent of using the government to address issues of racial equity — taught him crucial lessons about navigating politically combustible civil rights issues.

Yet even with his decades of work on the topic, he faces especially wrenching decisions when it comes to the voting rights legislation. Known as the For the People Act, the bill is the professed No. 1 priority of Democrats this year. It would overhaul the nation’s elections system, rein in campaign donations and limit partisan gerrymandering. But after passing the House, it hit a wall of Republican opposition in the Senate.

Democrats’ election overhaul is expected to clear a major Senate hurdle, but the road ahead is unclear.

Girl, 5, mauled to death by escaped leopard as she played outside family home