State Department officials overseas expressed anger and disappointment that diplomats in Washington were being vaccinated before those in more perilous posts. 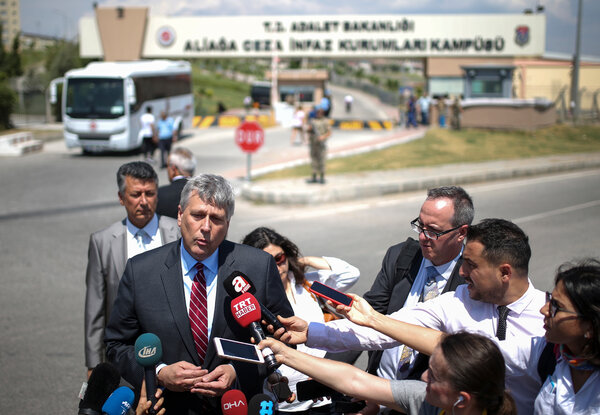 WASHINGTON — In the best of times, working at the United States Embassy in Pristina, Kosovo, was always difficult: Pollution, poor electricity, unreliable internet service and a substandard health system there rendered it a hardship post for American diplomats.

That was before the coronavirus pandemic.

In a cautionary cable sent last week to State Department headquarters, the American ambassador in Pristina, Philip S. Kosnett, described increasingly dire conditions for his staff, including depression and burnout, after nearly a year of trying to balance the public-facing duties of diplomacy during the pandemic.

He said many embassy employees felt unsafe going outside, shopping for groceries or getting medical checkups in a country that disdained face masks. Others reported to the office regardless, unable to gain access to government systems from home, to keep up with work demands with a staff thinned out by virus-related departures.

Mr. Kosnett said he had not yet received vaccines for his diplomats, even though doses were given to some State Department employees based in Washington starting two months ago.

“It is more difficult to accept the department’s logic for prioritizing vaccination for rear-echelon personnel in Washington,” Mr. Kosnett, a career diplomat, wrote in the cable, a copy of which was obtained by The New York Times. “Until the department is able to provide vaccines to posts like Pristina, the impact of the pandemic to health, welfare and productivity will remain profound.”

His concerns, reported earlier by NBC News, have been echoed by American diplomats working in Europe, the Middle East and South America, who complain that the State Department’s rollout of the vaccine has been disjointed at best.

At worst, some diplomats said, it left the distinct impression that the needs of senior leaders and employees based in the United States were more pressing than those of personnel living in countries with rising virus cases or no modern health care systems — or, in some cases, both.

What Does Biden Mean by ‘Unity’? Republicans Want More Than Words