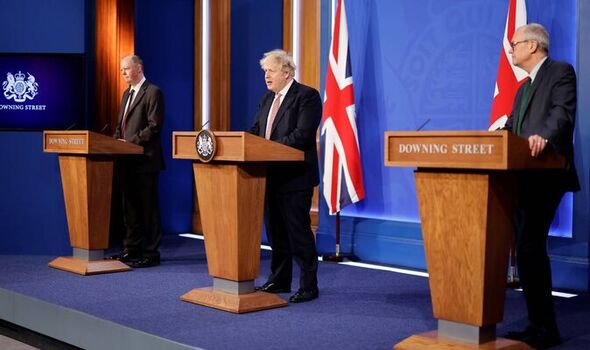 The Government’s chief scientific adviser, Sir Patrick Vallance, also warned that the end of free universal testing in England tomorrow could drive up transmission of the virus.

He also told MPs on Parliament’s science and technology committee that he expected flu-style annual vaccines in the future, because booster injections every four months was not a “credible” strategy.

He added that a new jab may have to be created, as current vaccines such as Pfizer or Moderna, or the viral vector jab made by scientists at Oxford University, might not be right for a yearly shot. Sir Patrick warned MPs there was a “lumpy and bumpy” road before the virus became endemic and added that new variants could be more severe than Omicron.

He said: “I think the numbers of infections are beginning to turn, so we may be quite close to, or at, the peak and it may start coming down shortly.

“But I expect to see further hospitalisations because of the lag time and further deaths with it, so that is the consequence of the high levels of infection rates.”

On the future of the vaccine programme, he added: “I think it will probably look like we’ll be [having] annual vaccines for a certain part of the population as we have for flu.”

Sir Patrick said of the reduction in testing: “In effect it does three things: it is very important for surveillance; it enables precautionary behaviour and it’s useful to protect those who are most vulnerable. I think there’s no doubt that if you massively reduce testing across the population, precautionary behaviours are likely to decrease at the same time and that will then lead to increased transmission.”

He added: “This virus is not going away, it’s going to be a circulating human virus for as long as we can see forward.

“And it hasn’t stopped evolving, it is in quite an unstable period.”

Sir Patrick told MPs the Government must be ready to “ramp things up again” if the situation changed.