Ms Morgan asked the frontrunner in the Tory leadership race whether she would review the demands of Waspi campaigners to be compensated for the losses suffered when the state pension age was equalised in 2015. She noted Boris Johnson had previously pledged to help but campaigners were still left without their money despite the Parliamentary Ombudsman reporting a serious case of mismanagement when the changes were implemented. But Liz Truss delivered the Leigh resident a hammer blow when she admitted it is unlikely the situation will be amended under her Government.

Ms Morgan said: “We’ve had the rug pulled from underneath after many of us going into the labour market at 20, 21, 22 – we worked for 40 years, 45 years only to find that we’d have to wait an additional six years for the pension that we were promised when we were 60.

“Boris Johnson, when he was in your shoes, said he would look at this injustice with fresh eyes, he also added there was no magic money tree but there’s been a veritable orchard over the last couple of years.

“Money has been there for everything else and we feel disrespected., undervalued, we feel a country that treats its older people like this is not a civilised country that values the contributions we’ve made.”

Ms Truss said: “I have huge sympathy for Waspi women. I do think in the pension and tax system we haven’t looked after women fairly and women have suffered.

JUST IN: Martin Lewis urges pensioners to act within DAYS to secure £650 plus £3,300 help 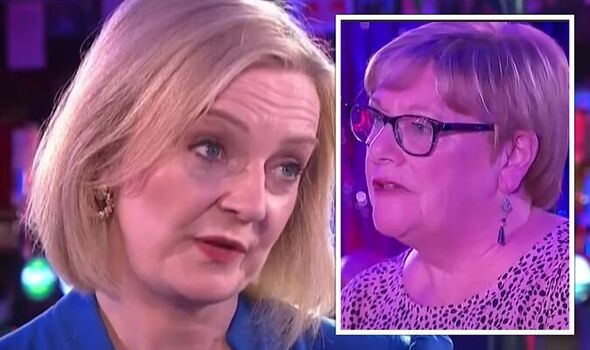 “It’s a problem, one thing I’ve said I will do is review our overall tax system to make it fairer for families, for people who take time out of work to look after children or look after elderly relatives.

“To be honest with you, and I have to be honest, on this specific case of the Waspi women, I don’t think it was handled very well at the time, I completely admit that and there wasn’t enough respect shown, but I think where we are now, it would be very difficult to go back.

“I’m sorry but I have to be honest about the situation where we are at.”

While Ms Morgan appreciated the honest answer from the Foreign Secretary, she admitted the lack of changes would leave her facing the choice of eating or heating her home because of the worsening cost of living crisis.

Matt Heath: Calling all Kiwis: Let’s take back the power