The Government has made joining the Comprehensive and Progressive Agreement for Trans-Pacific Partnership (CPTPP) one of its key priorities for trade in 2021. A formal application to join the group was submitted by International Trade Secretary Liz Truss in January.

The bloc is made up of 11 countries: Canada, Mexico, Peru, Chile, New Zealand, Australia, Brunei, Singapore, Malaysia, Vietnam and Japan.

It is one of the fastest-growing free trade areas in the world and is set to overtake the EU in the next few years.

However, Ms Thornberry has written to Ms Truss demanding the public consultation on joining the CPTPP be re-opened.

She said China is also eager to join the bloc and Britain could be forced into a trade deal with the communist country via the trade bloc. 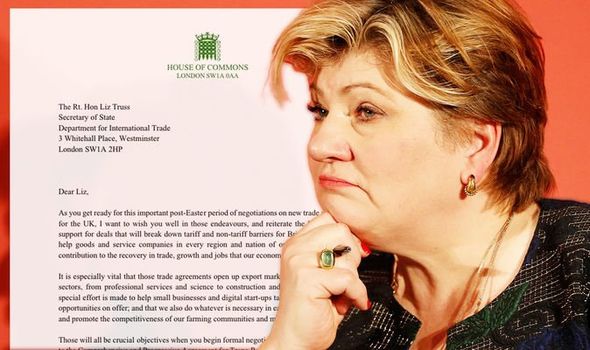 “There is one particularly vital issue that was not even considered a possibility at the time of the 2018 consultation, which is the increasingly serious prospect that China may apply to join the CPTPP,” she wrote.

“Just this weekend, that proposal was mentioned favourably in the formal statement by South Korea’s foreign minister

when he visited his Chinese counterpart, as South Korea weighs up submitting its own application later this year.”

She added: “This raises numerous questions, the first and foremost of which is whether the UK will be granted the right to veto China’s membership if we complete our accession before they begin theirs; and if so, whether the government would intend to exercise that right?

“You have said the UK has no plans for a bilateral trade deal with China, but is not the greater risk that such a deal could take place by the back door, via the CPTPP?”

However, the shadow minister has been mocked for her letter by the Tories, who said Japan was likely to block any attempts by China to try and join the CPTPP.

Conservative MP Andrew Bridgen told Express.co.uk: “It just shows Labour and Emily Thornberry are completely out of their depth. 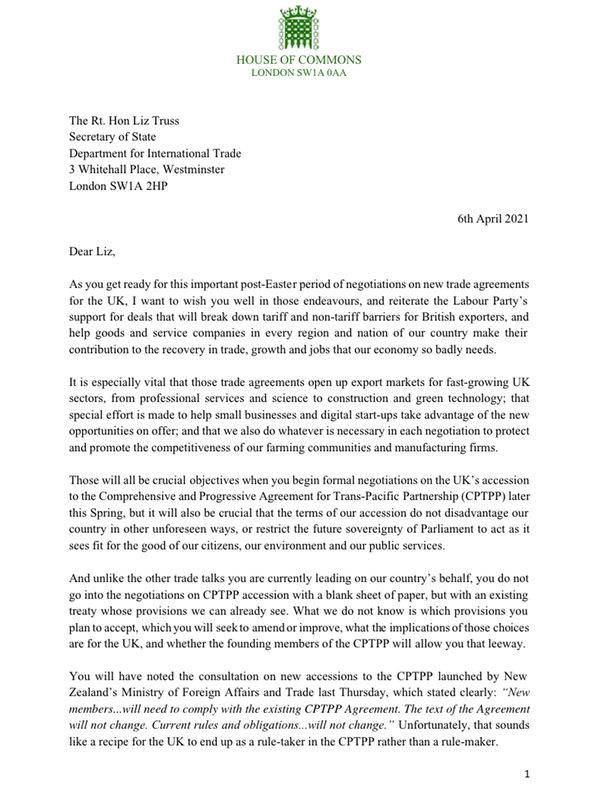 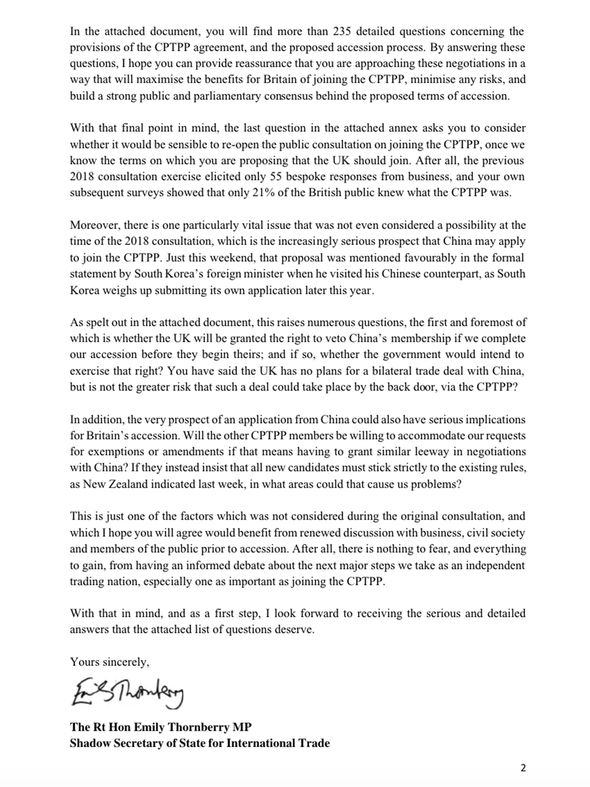 “No wonder they were against Brexit, they couldn’t understand the intricacies of international trade deals.”

Relations between the two Asian powers are strained, with Tokyo highly critical of the Chinese Communist Party.

Japan has warned on multiple occasions it would block Beijing’s accession to the trading group. 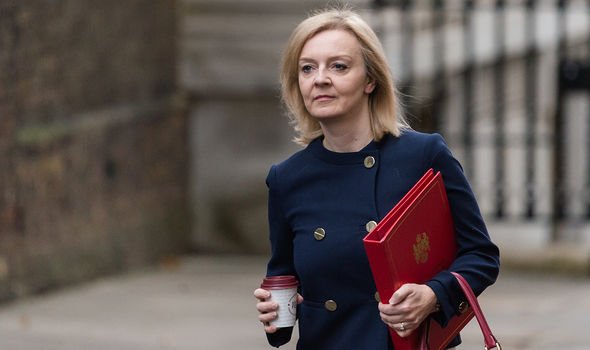 It would make it difficult for China to join the bloc while it continues to face questions over its treatment of Uighur Muslims.

Beijing has been accused of the torture and the exploitation of the Uighur Muslims at internment camps in Xinjiang.

Mr Bridgen said it was far more likely the US – which was a founding member of the CPTPP before Donald Trump quit the bloc – would re-join the group than Beijing.

He said: “What we’re probably going to get is America will rejoin and we’ll end up with a free trade deal by default with America.”

What we know, and don’t know, about Trump’s diagnosis

Home Depot to buy back HD Supply in $8 bilion deal

IMF chief faces even tougher challenges after saving her job

‘Talk not walk!’ Shapps slams Starmer and demands he stand up to striking unions