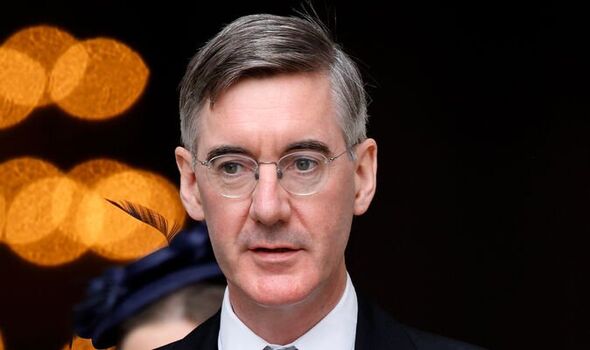 Liz Truss rejected Jacob Rees-Mogg’s attacks on the Government’s economic watchdog this morning as Downing Street sought to distance itself from his remarks.

A No10 official said the Office of Budget Responsibility (OBR) had the confidence of the Prime Minister and that she believed it produced accurate forecasts.

Mr Rees-Mogg had criticised the OBR, claiming that the Chancellor could ignore its forecasts when he outlines his fiscal plans later this month.

“They are a highly-regarded body worldwide.”

He added: “The OBR are very transparent and recognise those are the challenges when you are making forecasts themselves.

“But, nonetheless, their work is highly respected worldwide.”

The intervention came after the Business Secretary warned last night that the OBR had a flakey record on accurately forecasting the UK’s economic growth.

He told ITV’s Peston: “Let’s see what the Office for Budget Responsibility has to say rather than guessing what it may say.

“But its record of forecasting accurately hasn’t been enormously good.

“So, the job of chancellors is to make decisions in the round rather than to assume that there is any individual forecaster who will hit the nail on the head.”

He continued: “There are other sources of information. The OBR is not the only organisation that is able to give forecasts.”

Tree planting is booming. Here’s how that could help, or harm, the planet. – The Denver Post