(Reuters) – U.S. Senator Elizabeth Warren, the liberal firebrand who emerged as a top Democratic contender for the White House on the strength of an anti-corruption platform backed by a dizzying array of policy proposals, will tell staff on Thursday she is ending her campaign, according to a source familiar with the plan. 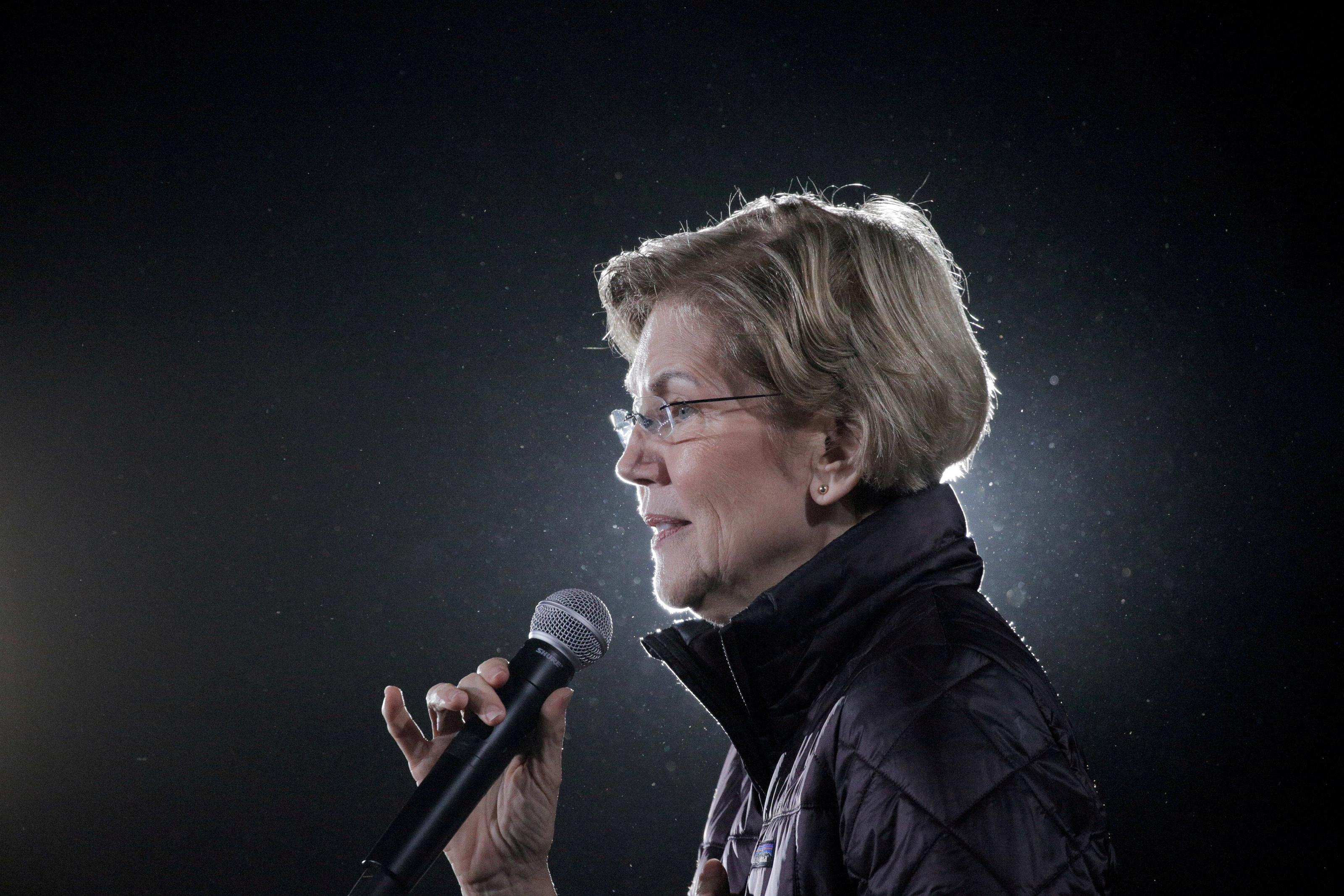 A former bankruptcy law professor who forged a national reputation as a scourge of Wall Street even before entering politics, Warren had banked on a strong showing on Super Tuesday after a string of disappointing finishes in the early states.

But she trailed far behind front-runners Bernie Sanders and Joe Biden, placing third in her home state of Massachusetts.

Warren’s call with her staff, slated for 11 a.m. ET (1600 GMT), comes one day after former New York Mayor Michael Bloomberg, who also had a disappointing Super Tuesday, dropped out on Wednesday.

Warren, 70, was the last woman among the top tier of candidates in a Democratic field that began as the most diverse in history. Her departure could provide a boost to fellow liberal Sanders if some of her support pivots to the senator from Vermont, though voters do not always follow ideological lines.

Six months ago Warren was ascendant, having steadily risen in national opinion polls after dozens of deeply researched policy rollouts led to the slogan: “Warren has a plan for that.”

She centered her campaign on battling the influence of money in politics, arguing that on every significant issue – gun control, climate change, healthcare – the power of corporate lobbyists and billionaires would stymie any opportunity to achieve meaningful change.

Many of Warren’s proposals drew from the lessons she learned from her bankruptcy research at Harvard University and her experience setting up the Consumer Financial Protection Bureau (CFPB) for then-President Barack Obama after the 2007-2009 financial crisis.

Like Sanders, Warren swore off high-dollar fundraisers and relied on grassroots donations to fuel her campaign. She faced criticism in February for declining to disavow a new super PAC that boosted her campaign with an eight-figure advertising blitz, an apparent reversal of her longstanding opposition to outside spending.

Warren’s commitment to detailed plans prompted rivals to attack her for initially failing to explain how she would pay for Medicare for All, the sweeping healthcare overhaul also championed by Sanders.

Her refusal to say at a televised debate in October whether she would raise middle-class taxes to finance it – even as Sanders acknowledged he would do so while arguing that overall costs would decrease – drew criticism she was being evasive.

Weeks later, when she released a plan that raised enough revenue via taxing corporations and the wealthy, moderate candidates like Biden, the former vice president, said the math did not add up. Meanwhile, some progressives said her three-year, phase-in plan was backtracking.

Warren often seemed caught in the middle of the Democratic battle for hearts and minds, unable to peel away enough liberal support from Sanders or convince enough centrists that she could broaden her appeal.

She was also competing in a race in which Democratic voters desperate to defeat President Donald Trump in November have endlessly debated the vague notion of her “electability,” which some supporters saw as a thinly veiled way of questioning whether Americans are ready to elect a woman as president.

Her allies bristled that she faced a double standard due to her gender, noting that Sanders – who spent months essentially waving off questions about his own lack of a detailed healthcare plan – escaped such scrutiny.

In January, the gender issue took center stage when Warren and Sanders sparred over whether he had told her in 2018 that a woman could not beat Trump. While Sanders denied saying so, Warren took the opportunity to remind people of a simple fact.

“The only people on this stage who have won every single election that they’ve been in are the women, Amy and me,” she said during a debate that night, referring to fellow candidate Senator Amy Klobuchar.

In the ensuing weeks, Warren argued more forcefully that women can win, noting female candidates had seen greater success than men when Democrats won the U.S. House of Representatives in the 2018 congressional elections.

She introduced herself at events in Nevada and South Carolina by saying, “I’m Elizabeth Warren, and I’m the woman who’s going to beat Donald Trump.”

In Iowa and New Hampshire, she portrayed herself as the “unity” candidate who could stitch together a coalition of liberal and moderate supporters, and largely refrained from attacking her rivals.

But after poor showings in those states, advisers and allies urged her to embrace the “fighter” persona that made her famous for excoriating Wall Street executives during Senate hearings; she adopted a more combative posture toward Democratic rivals. 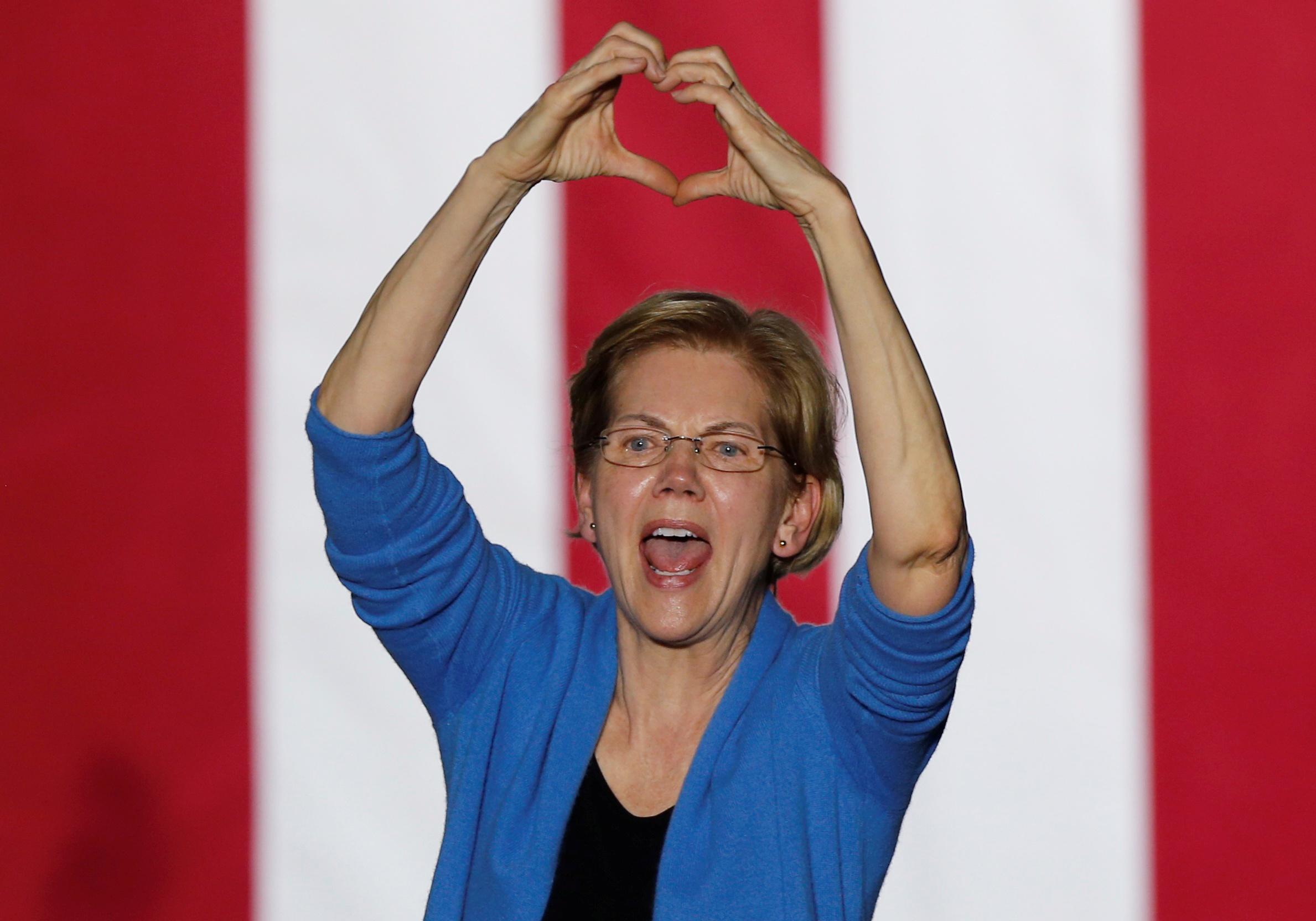 When billionaire Bloomberg appeared at a debate last month for the first time, Warren wasted little time eviscerating him on national television for his alleged past offensive comments, briefly generating an influx of campaign donations and media attention.

“I’d like to talk about who we’re running against — a billionaire who calls women fat broads and horse-faced lesbians,” Warren said. “And no, I’m not talking about Donald Trump. I’m talking about Michael Bloomberg.”

Her takedown may have fatally damaged Bloomberg’s prospects, but it proved too little, too late to save her own campaign – two weeks later, both candidates would end their White House bids.

Done by Monday? Brexit deal to be struck in days as Barnier orders EU to cave in on fish

Clarks to give stores the boot in LionRock rescue deal