Members of Congress who helped evacuate Afghans who worked with U.S. forces turn their focus to their stranded relatives. 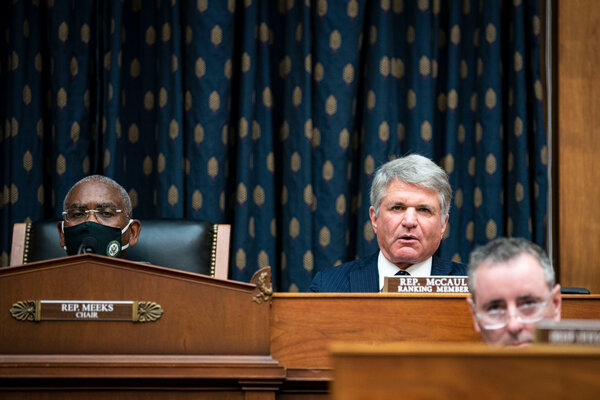 WASHINGTON — More than a month after a frenzied U.S. effort to evacuate thousands facing retribution from the Taliban in Afghanistan, members of Congress are still quietly pushing the government to help extract a small group of stranded Afghans who are direct relatives of American military service members.

The service members, some of whom have traveled to Washington to plead with lawmakers and the Biden administration for help, largely share the same story. Many of them once worked as interpreters or fixers for the U.S. military in Afghanistan but moved to the United States years ago, obtaining visas and then green cards to become permanent residents, and then enlisting in the armed forces they had once served as civilians.

They were evacuated from Afghanistan as part of the U.S. withdrawal weeks ago. But now, with the Taliban seeking to punish anyone with ties to the Americans, their parents and siblings are in danger, and lawmakers and U.S. officials are puzzling over how to help them.

“It was bad enough that American citizens were left behind, and our Afghan partners were left behind,” Representative Michael McCaul of Texas, the top Republican on the Foreign Affairs Committee, said in a recent interview. “But when I found out that we have active service members whose families are stuck in Afghanistan, and the State Department can’t get them out? It was like the worst of the worst cases.”

The cluster of service members’ relatives, estimated in the low hundreds, is one of several groups of at-risk people whom lawmakers are still working behind the scenes to help, underscoring the danger many Afghans still face in their home country.

The State Department in recent weeks created a team across agencies, including the Defense Department, to help facilitate the evacuation of service members’ families and other vulnerable Afghans, according to a spokesman. But officials have provided little information about how that will be accomplished and who will be eligible.

After Kabul fell to the Taliban in August, congressional offices were flooded with messages asking for help and staff sprang into action, morphing the offices into informal operations centers focused on assisting Americans and Afghans to escape as the last U.S. troops prepared to withdraw. Two months later, lawmakers are still agonizing over the steady stream of requests they continue to receive.

“We need to get them out because the Taliban is actively hunting,” said Representative Jason Crow, a Democrat of Colorado and a former Army Ranger who served in Afghanistan. “They are systematically working through their lists. Time is of the essence here.”

Lt. Gen. Douglas E. Lute, who directed Afghan strategy at the National Security Council for Presidents George W. Bush and Barack Obama and is now retired, testified before the House Foreign Affairs Committee last week that he was aware of at least 35 service members who were still trying to evacuate their family members from Afghanistan. Lawmakers tracking the issue have similar estimates.

Lawmakers first learned of the relatives’ plight in August, during a news conference held by Mr. McCaul outside the Capitol. As he was delivering remarks on the situation of stranded Afghan interpreters, he noticed a group of men in Army uniforms holding placards.