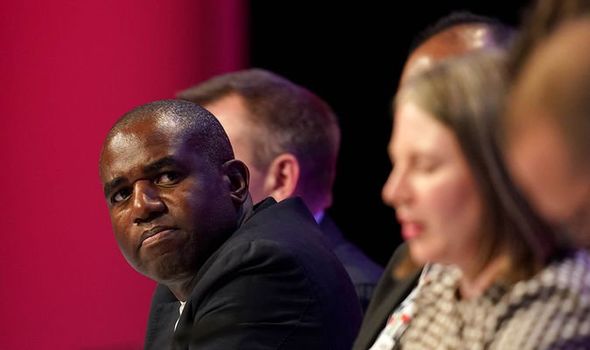 The shadow justice secretary was quizzed about his attack on “dinosaurs” in the party concerned about plans to make it easier for people to change legal gender.

Labour MP Rosie Duffield stayed away from the conference after online threats from transgender activists because she believes biological men should not be able to use womenonly spaces.

Today presenter Nick Robinson asked Mr Lammy repeatedly who his comments were directed at, but he refused to answer.

He said: “You, the BBC, are choosing to land on this subject – that most people aren’t talking about because it keeps Labour talking about identity issues and not the substantive policies that Keir will set out.”

Mr Lammy suggested he should be asking him about climate change, education or health.

Ms Duffield, a survivor of domestic abuse, has been accused of being transphobic for trying to protect women-only spaces, including refuges, changing rooms and hospital wards.

US election 2020: Which party is voting the most? GOP narrows early vote race

Here’s what happened in the markets today.