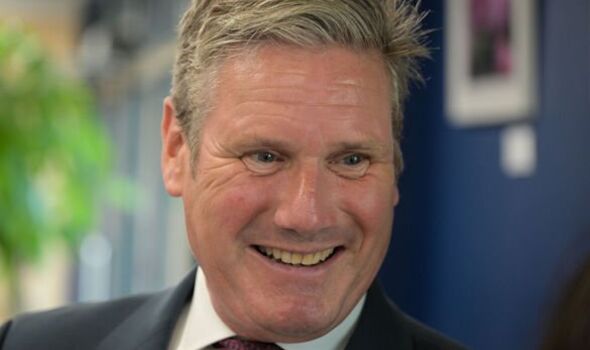 Sir Keir Starmer set out proposals to hold bills at the current level of £1,971 for six months from October to save a typical household £1,000.

The Labour leader insisted it was a “very strong, robust, costed” £29 billion plan that would be partly funded by increasing the windfall tax on oil and gas companies.

Paul Johnson, director of the Institute for Fiscal Studies, said the proposals would need to run for more than the planned six months.

He said: “It’s a very big, very expensive plan, which the Labour party themselves say would cost £30 billion over six months.”

“It would clearly be needed for quite a lot more than six months.”

“So, we’re looking at the same scale of support we had through the furlough scheme through covid.”

“This is clearly something more than the current government are offering and it would ensure that none of us saw any increases above current levels in our energy bills.”

“That has the very positive effect of making sure that nobody is losing out but of course it also provides big subsidies to lots of people who frankly don’t need it and could afford higher energy bills.”

Sir Keir’s plan would be partly funded by a £7.2 billion from saving on debt interest payments as a result of lower inflation.

But Mr Johnson said that was an “illusion” as inflation would continue to increase unless the scheme remain in place for longer than six months.

Andy Mayer, energy analyst at free market think tank the Institute of Economic Affairs, said: “Labour repeats errors made during the last energy crisis in the 1970s, economic mismanagement through ‘make believe’ price controls, that left the UK seeking a bailout from the IMF.”

Conservative former chancellor Philip Hammond described Labour’s plan as “a populist response that is untargeted”, adding: “I’m sure everybody would like to have their energy bills frozen this winter, but not everybody needs that support from the taxpayer in the same way.”

“What we’ve seen from Labour today is something that to an extent is costed and what they have outlined, I have to say something’s going to cost in the region of what we spent on furlough through the whole of Covid,” he said.

“So quite a big pressure on public finances.”

Sir Keir insisted it was the right plan and would stop inflation hitting a predicted 13 percent.

He said: “We either allow oil and gas companies to go on making huge profits which is what’s happening at the moment or we do something about it.”

“We, the Labour Party, have said we’ll do something about it. We will stop those price rises and we will extend the windfall tax on the profits that the oil and gas companies didn’t expect to make. So we’ve got a very strong, robust, costed plan here which will stop those rises this autumn.”