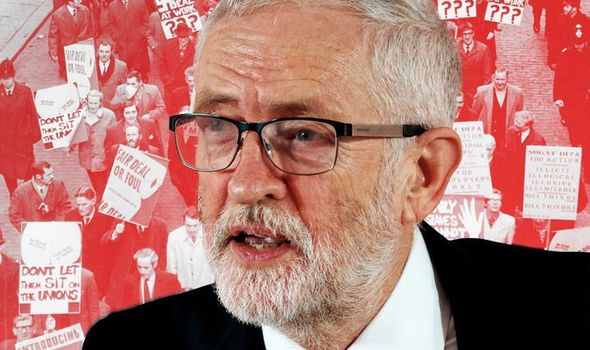 Former Labour MP Ian Austin said that the scourge of extremism and antisemitism was allowed to fester under Jeremy Corbyn’s leadership. And he warned that the problem would not end when Mr Corbyn is replaced on April 4, warning it would take years to clean up the party.

Mr Austin, who heads the cross-party anti-extremism campaign group Mainstream UK, said that the next leader must get to grips with anti-Semitism within the party immediately.

Sir Keir Starmer is the favourite to win the leadership race ahead of Rebecca Long-Bailey and Lisa Nandy.

All have vowed to tackle anti-Semitism within the party.

Mr Austin said: “Under Jeremy Corbyn’s leadership, Labour became a safe haven for extremists and the poison of antisemitism was allowed to fester and grow within the party. “The scourge of extremism and antisemitism within Labour does not disappear with the departure of Jeremy Corbyn next month.”

Mainstream UK is publishing a series tests the new Labour leader will have to meet if the party is to become a mainstream force in British politics.

“This will require more than warm words, a fresh coat of paint on the complaints process and a few cosmetic changes – we will be looking for meaningful action,” Mr Austin added.

“It should start with a heartfelt and profound apology on day one and a promise to try and earn back the trust of the Jewish community and the wider British public who are rightly appalled at the shameful rise of extremism within this once decent, proud and mainstream party.”

Allegations of anti-Semitism in the Labour Party have been made since Mr Corbyn was elected as leader of the party in September 2015.

Several Labour MPs quit the party last year in protest over the way in which Mr Corbyn was dealing with anti-Semitism in the party.

Opinion | What My Covid-19 Hallucination Showed Me