The hard left group of Parliamentarians including leading members of Jeremy Corbyn, who is a member of the Labour Party but suspended from the Parliamentary party, backed a controversial  statement by the Socialist Campaign Group Rally. The statement demanded that the UK Government: “Imposes sanctions on Israel for its repeated violations of international law, place an embargo on arms sales and end trade with illegal settlements.” It also called for “full support for the International Criminal Court’s opening of an investigation into alleged war crimes in the Israeli-occupied Palestinian territories.”

The statement emerged after protests against Israel were linked to a spate of antisemitism in London and around the country with Jewish groups increasing security.

Last week four men were arrested in connection with a video which appeared to show antisemitic abuse being shouted from a car in north London.

Along with Mr Corbyn current senior members of the Labour Parliamentary Party have signed the statement including John McDonnell, Richard Burgon, Diane Abbott and Ian Lavery.

Another signatory is Baroness Chakrabati who was criticised for producing a report on antisemitism in Labour during Mr Corbyn’s leadership which cleared the party. Shortly afterwards Mr Corbyn nominated her for a peerage and put her in his shadow cabinet.

The statement has been condemned by antisemitism campaign groups.

Fiona Sharpe, spokeswoman for Labour Against Antisemitism said: “This ill-considered, one sided Labour Party conference motion has the potential to encourage further hostility and hatred towards Britain’s proud Jewish community.

“At a time when antisemitism in the UK has exploded to a point where gangs are driving round Jewish areas threatening to rape Jewish women, it is irresponsible for the Labour Party to allow an inflammatory motion such as this to be debated on its conference floor. 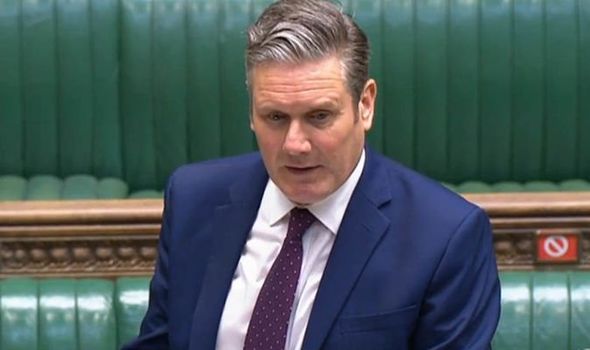 “We urge Keir Starmer to refocus on tackling the antisemitism in his party, assert his leadership and get a grip on this whole situation. He needs to stop being a passive observer and confront those elements in his party whose only objectives are hatred and division.”

Former Labour MP Ian Austin, who quit the party because of antisemitism and is now chairman of the cross-party campaign group against extremism, said: “While a ceasefire has been reached in Israel and Gaza, the hard left’s war of words against Israel continues in Britain.

“These people have become obsessed with the world’s only Jewish state and the Middle East’s only democracy and hold Israel to standards they do not apply to anywhere else while giving a free pass to Hamas, a terrorist organisation that targets civilians. This has got to stop.”

Conservative West Bromwich East MP Nicola Richards added: “There have been days of appalling threats and attacks on British Jews, a deluge of disgusting antisemitic abuse online and the bullying of Jewish schoolchildren.

“At the same time we’ve seen too many Labour MPs tweeting out attacks on Israel, while failing to condemn the bombardment of Hamas rockets into Israeli cities and at the very point that there is a ceasefire a motion now surfaces which shows Labour MPs care more about what’s happening in Palestine than Preston.

“No wonder Labour has lost touch with the voters in its former heartlands.”Meanwhile, the UK Government is under mounting pressure to boycott 20th anniversary commemorations of a United Nations anti-racism conference which a Foreign Office minister admits featured “anti-Semitic actions and speeches”. 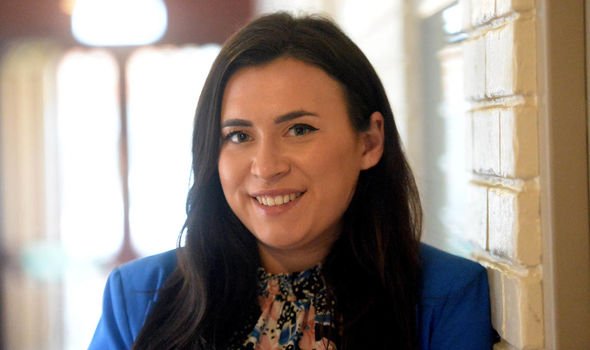 Israel and the United States pulled out of the 2001 World Conference against Racism in Durban, South Africa, with then-Israeli foreign minister Shimon Peres denouncing an “unbelievable attempt to smear Israel.”

The conference was marred by chaotic scenes and attempts to link Zionism with racism fuelled controversy.

David Cameron withdrew the UK from events to mark the 10th anniversary of the Durban event, saying it “saw open displays of unpleasant and deplorable anti-Semitism”.

British supporters of Israel now want the UK to follow the lead of the United States, Australia and Canada and rule out participating in 20th anniversary events. A gathering of world leaders is planned at the UN headquarters in New York this September.

Stephen Crabb, the chairman of Conservative Friends of Israel, said: “It is frankly inexplicable that the UK has yet to join its closest allies – the US, Canada, and Australia – in boycotting the latest instalment of the racist Durban Conference. Consecutive British Governments have rightly taken a stand against the infamous gatherings.

“The UK’s current hesitation is all the more concerning following the vile antisemitic incidents we saw across the UK [this month] Zero tolerance to racism should mean zero tolerance.”

Nigel Adams, a minister at the Foreign, Commonwealth and Development Office, said: “The United Kingdom is committed to combatting all forms of racism, including anti-Semitism, both at home and abroad… Some of the anti-Semitic actions and speeches in and around the Durban conference and its various follow-up events gave rise to serious concerns.

“We will consider UK attendance in the light of developments between now and the commemoration event, including the likelihood of any recurrence.”

Trump has not lowered flags in honor of an officer who died from injuries sustained amid the riot.