WILMINGTON, Del. (Reuters) – Democratic presidential nominee Joe Biden will accuse President Donald Trump in a speech delivered from battleground state Pennsylvania on Monday of sowing chaos rather than providing order on racial issues, the coronavirus and the economy. 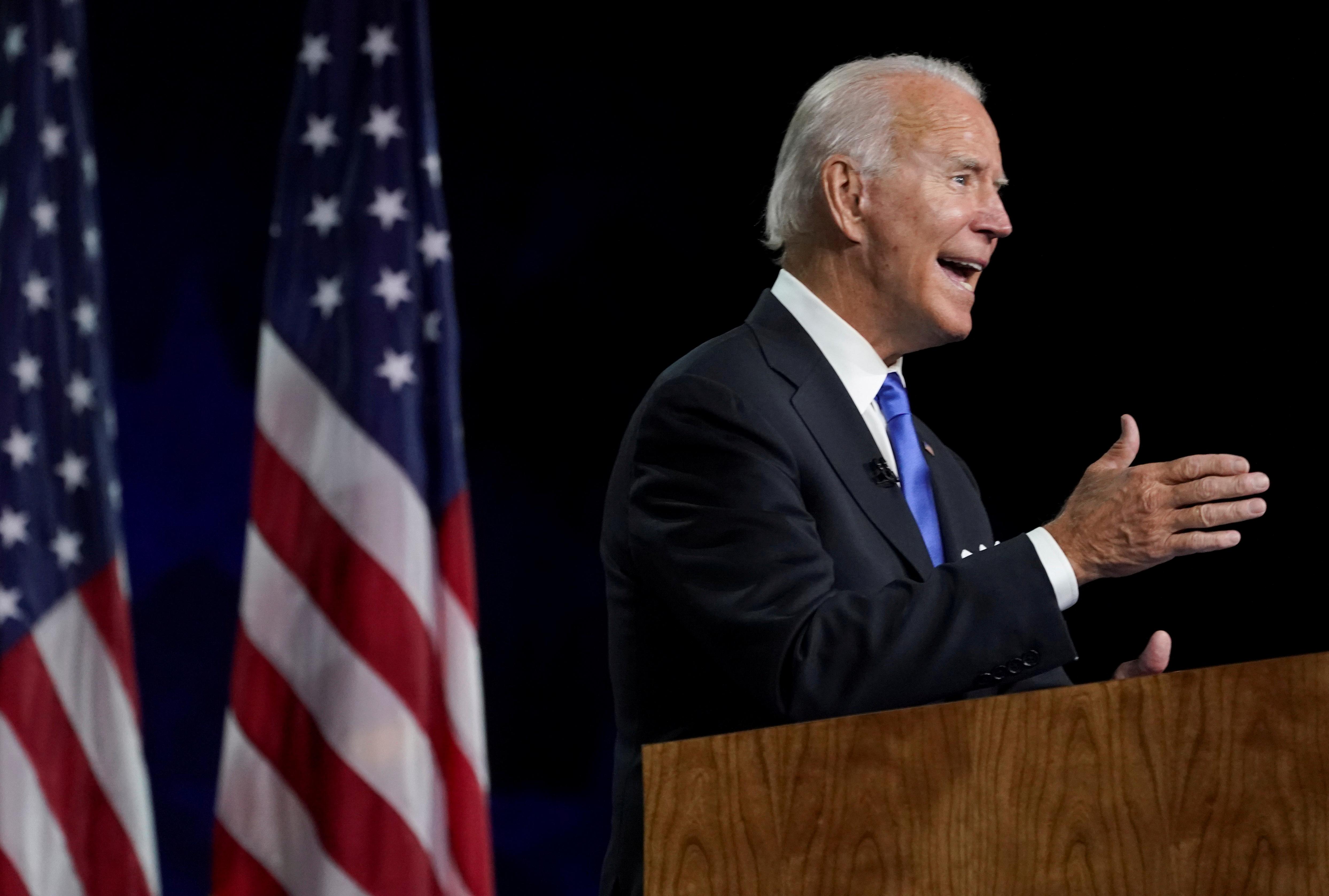 Biden’s remarks in Pittsburgh come as Trump, who trails his rival in opinion polls ahead of the Nov. 3 election, has hammered a “law-and-order” message against the backdrop of sometimes violent protests over police brutality and racial inequality that have gripped American cities for months.

“This president long ago forfeited any moral leadership in this country,” Biden will say, according to excerpts of his speech released by his campaign. “He can’t stop the violence – because for years he has fomented it.”

“Does anyone believe there will be less violence in America if Donald Trump is re-elected?” Biden will ask.

Republicans deny Trump is seeking to exacerbate violence with incendiary rhetoric, saying he wants to restore law and order. Trump in tweets on Monday again accused Democratic mayors and state governors of losing control of cities rocked by demonstrations and outbreaks of violence, arson and vandalism.

Biden’s visit to Pennsylvania, an important swing state that helped propel Trump to victory in 2016, marks an unusual trip afield for the former vice president, who has worked mostly from his Delaware home since March when the coronavirus began spreading widely in the country.

Biden’s campaign has indicated he expects to increase his travel to the states that will decide the election as the vote draws nearer.

In Pittsburgh, Biden will lay out a different vision for America as COVID-19 “runs unchecked throughout the country, killing thousands of Americans a week and turning our economy upside down,” his campaign said in a statement.

Demonstrations against racism and police brutality have swept the United States since the death in May of George Floyd, a 46-year-old Black man who died after a Minneapolis police officer knelt on his neck for nearly nine minutes.

Tensions between rival protest groups have led to shooting deaths in recent weeks. Trump will visit Kenosha, Wisconsin, on Tuesday after new protests erupted there last week following the police shooting of Jacob Blake, another African-American man, multiple times in front of his children, paralyzing him.

Democrats, including Wisconsin’s lieutenant governor, have urged Trump not to visit the city.

Another one on way! Truss in talks for £35bn mega-Middle East trade deal with SIX nation