Reform Party leader Nigel Farage explained his qualms with the EU Commission reached fever pitch as their unsuccessful vaccine rollout program proved why he was right to campaign for Brexit. He said the unelected Commission was far too slow in reacting to the pandemic and because the process is overly bureaucratic they lagged behind the UK. The former British MEP said “it was funny” to read all about the opposition to leaving European medical groups, but that by departing them the UK was able to one-up Brussels by acting quicker.

Speaking to Julia Hartley-Brewer on her talkRADIO show, Mr Farage said: “Well isn’t it funny that around 11 months ago when it was announced we were leaving the European Medicines Agency because we make our own decisions on big public health issues, there were howls of condemnation from all the usual suspects.

“I remember reading in the Guardian that Boris Johnson is endangering British lives because of his anti-EU dogma and wouldn’t it be better that we sort out vaccines at a European level because if you do things in a big bloc it’s going to be more efficient.

“Well, we did leave the Medicines Agency, we were free to make our own decisions and that, of course, is why we were the first country in the western world, once the vaccines had gone through scientific tests, to say right we’re going with it.

“And then we discovered that despite all the things that this government has got wrong over the course of the last year, one thing that they got right is they put in lots and lots of early orders for vaccines.

JUST IN: Terrorist prisoners to get homes in new scheme as many struggle to get on property ladder 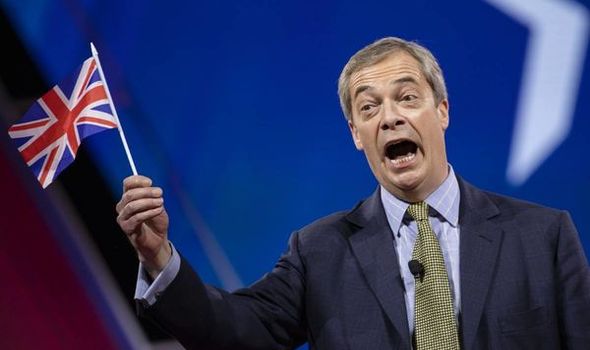 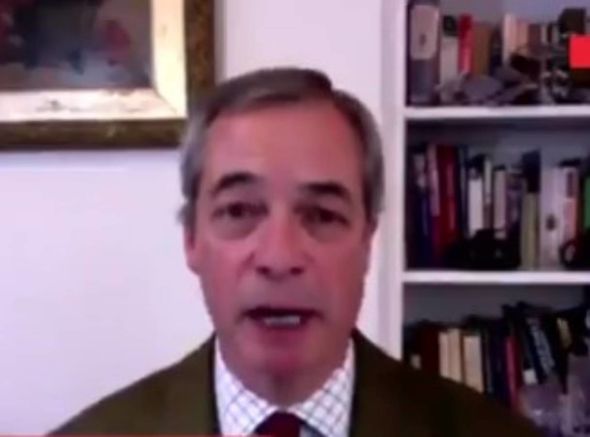 “Compare and contrast with the European Union or more specifically the European Commission which is a bureaucracy, which moves at a snail’s pace, which is obsessed with something called the precautionary principle, and they got their vaccines orders in three months later.

“And now, of course, for the first time in the history of the European Union, questions are being asked about the European Commission.

“Gosh, I’m enjoying this, because for 20 years I’ve tried to point out in speeches to the European Parliament that it is the unelected appointed European Commission that is the Government of Europe.

“And now what you’re now seeing is threats to ban exports on anything manufactured in the EU with the attempted grab of vaccines developed in the UK. 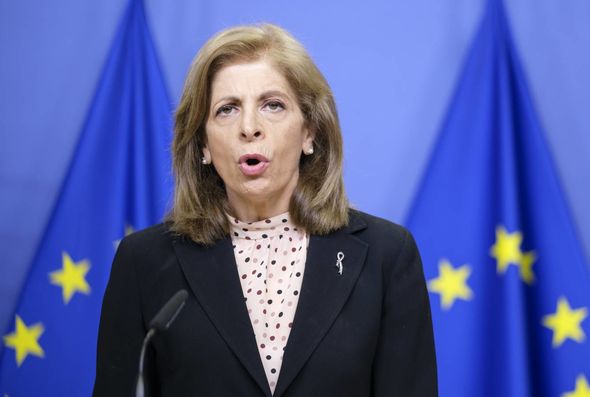 “What you’re now seeing is what happens when you have power without accountability.”

According to the EU Commission, British pharmaceutical firm AstraZeneca has not fulfilled their contractual obligations to supply them with vaccines.

They accuse the company of giving the UK preferential treatment. claiming the UK is paying more for doses.

However, AstraZeneca CEO Pascal Soriot said the UK put in orders before the EU and also paid for more.

Brits erupt in EU vaccine row ‘People are dying and we’re giving away OUR vaccines?!’ (CLASH)
‘It’s to antagonise the UK’ Duncan Smith slams Sturgeon on ‘ironic’ pro-EU position  (COMMENT)
Vaccine mixing is a risky ‘real-time experiment’ but minister refuses to rule it out (ANALYSIS) 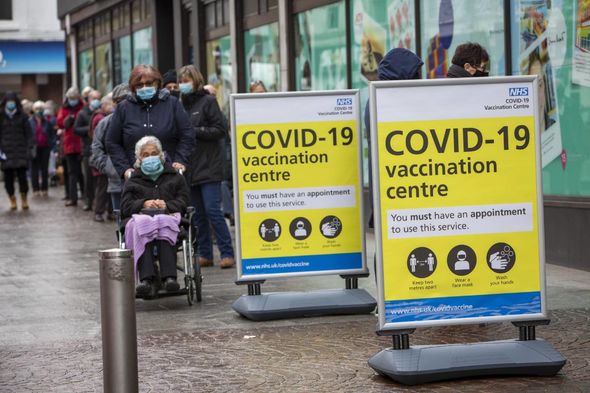 The EU Commission is now demanding the firm diverts supplies meant for Britain to them.

They are also threatening a ban on vaccine exports created on the continent by demanding vaccine firms like AstraZeneca and Pfizer give “advance notification” if they wish to export doses.

The Commission will lay our plans later today regarding new border powers to prevent exports.

While AstraZeneca has plants in the UK which can supply the country, the firm also has sites in Europe along with Pfizer which could be affected by the new measures.

Shortage of drugs and equipment: Brussels hospitals sound the alarm