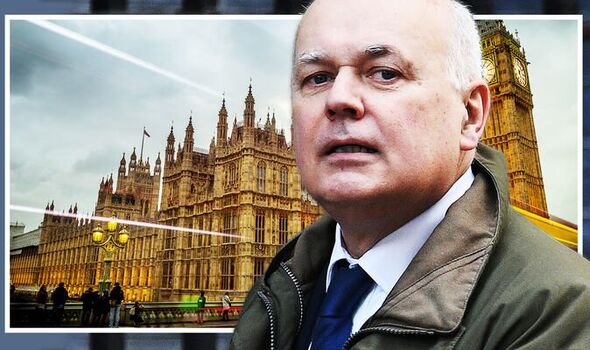 Former Tory leader Sir Iain Duncan Smith is among the contributors who are appalled at the “defeatist mindset” they argue has gripped many decision-makers.

They attack the “myth” that Britain is a fading force on the world stage and argue the “declinist mentality” of members of the “governing elite” drove them to support joining the European Economic Community.

The report, whose co-authors include Cambridge University historian and former Australian foreign minister Alexander Downer, warns: “The notion that we are a country in decline is deeply ingrained in our elites, especially Whitehall and Westminster. It explains why we joined the EU and why we are struggling to escape its orbit even after our departure.”

“How different would our view of the world and of our role in it be if we thought of ourselves as a new and rising force, rather than a nation in decline? Whether post-Brexit Britain will in fact turn out to be a rising or a declining force is not determined by history or geography: it is essentially in our own hands.”

The report, Defining Britain’s Role in the World after Brexit, will be launched this week and urges those in the UK’s corridors of power to revitalise links with the United States and the Commonwealth to check the rise of authoritarian regimes.

It states: “Above all, Britain needs to re-establish a cohesive national purpose respectful of our past and our traditions and patriotic without being jingoistic. The most powerful remedy available to the Government to resolve national division is to ensure that Brexit is a tangible success and to make it unambiguously irreversible.”

The report lambasts the EU as a “paper tiger” which lacks the means the resolve needed to help Ukraine resist Russian aggression.

Rather than deal with the EU, it argues that the UK should bypass Brussels and forge closer links with individual member states – in particular those in central and eastern Europe.

The authors warn that the task of re-establishing pride in Britain is threatened by the so-called “culture wars” in which “woke” elites run the country down.

The report takes aim at the “propagation of a caricatured version of British history centred on slavery, violence and colonial oppression,” warning it “seems almost calculated to increase internal dissent and ethnic and religious conflict” and “certainly works in the interests of our global opponents”.

It states: “A renewed sense of national purpose would also reject both isolationism and the liberal tyranny of guilt that seeks to atone for past imperial power.

This dismal cosmopolitan mentality invariably prefers a policy of temporising neutrality in dealing with the authoritarian Goliaths that now strut the world stage.

Sir Iain Duncan Smith, a fellow of the Centre for Brexit Policy, stressed the importance of self-belief, saying: “Self-belief is as important to countries as it is to individuals. Without self-belief people fail to deliver their potential and countries drift to the margins of history.”

“Britain’s 40-plus years in the European Union too often meant our sense of action got reduced to the lowest common denominator. After Brexit, we now have the opportunity to resume our central place on the world stage. But this won’t just happen by itself.”

“Britain’s political and administrative elites, for too long happy to hide behind Brussels, need to embrace these new opportunities. Gone now must be the days of euro-centric appeasement and in its place a new self-confidence.”

“As this report from the Centre for Brexit Policy shows, far from being a nation in decline, we remain one of the major world powers. As our post Brexit response to the brutal attack on the Ukraine by Russia shows when we have the courage of our convictions we can be a force for good across the world.”

“As the threat from China grows, post-Brexit UK more than ever needs to stand tall in the world and re-forge relationships and alliances set out by this paper east of Suez once again.”

Don't be lulled into letting Covid-19 guard down: PM Lee

Opinion | Up in Arms Over a Pronoun