Just when you think you understand British politics, you relearn the lesson that you can’t write ground rules for how it operates in practice.

There is not, I’m afraid, any algorithm that politics works to that doesn’t eventually fail.

On Thursday, Chancellor Rishi Sunak did nothing short of a complete – shameless – U-turn on his career-defining, flagship coronavirus job support policy. 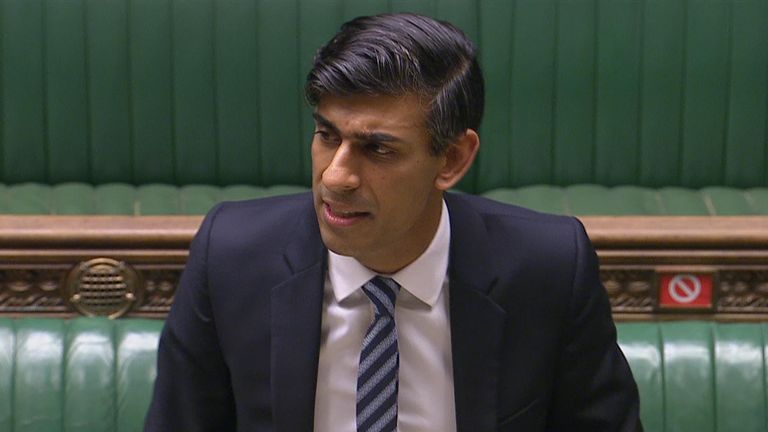 Three weeks ago he had wanted a dramatically cheaper form of job support package to help businesses through the next phase of the COVID-19 crisis.

It would likely mean many job losses and result in a government-directed effort to have people switching to more viable careers.

Treasury aides were up front about the core political calculation – they were gambling that the sheer expense for business of employing new staff in better times would discourage them from letting people go immediately in large numbers.

But Mr Sunak has now conceded he was wrong on this and reduced the amount businesses must pay to employ people who can’t work and provided more government subsidy instead.

He is happy to say he changed his mind.

He uses the excuse that we know now the trajectory of the virus in a way unforeseeable less than a month ago. 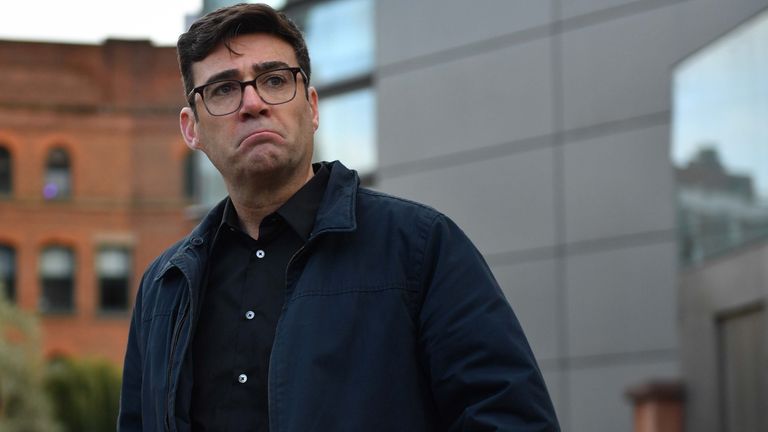 Inconveniently, allies of Prime Minister Boris Johnson predicted the chancellor’s U-turn as soon as the day after the original and cheaper version of the scheme was announced in late September.

Nevertheless, the chancellor has opened his cheque book at a cost of billions to cheers from his own benches in the House of Commons.

Such a U-turn could well have killed Gordon Brown’s hopes for higher office when he was chancellor.

George Osborne was nearly moved to the Foreign Office for less.

Yet on his own side, and even grudgingly amongst political opponents, Mr Sunak comes through relatively unscathed as the man who eventually did the right thing. 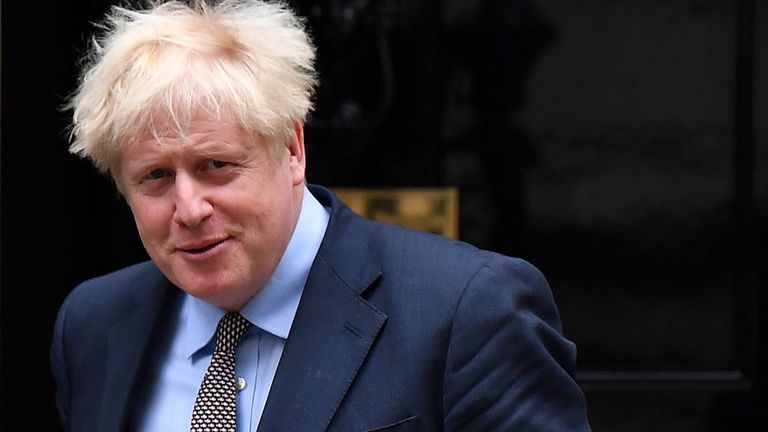 As an aside, this situation is in itself a big black mark for Labour, who have been trying and failing to pin blame on the chancellor but failed to find a weak spot.

The political heat this week is instead on the prime minister.

Everybody in the country now knows that talks between Downing Street and Andy Burnham, mayor of Greater Manchester, collapsed on Tuesday over a difference of £5m – a rounding error in government finances.

Again, in this fight – between the “King of the North” and the man who demolished Labour’s Red Wall – there are more gravity-defying political realities to marvel at.

In the hyperbole of recent days, the fact that Mr Burnham probably did not get all the moves right in the last fortnight is being lost.

He was asking for a policy he could never have secured, and gambled with the livelihoods of Greater Manchester’s residents in the process.

In the end, he was lucky with his opponent and the bet looks like it might have paid off.

This was all possible because – just like Mr Sunak – Mr Burnham has built up his political stock too. 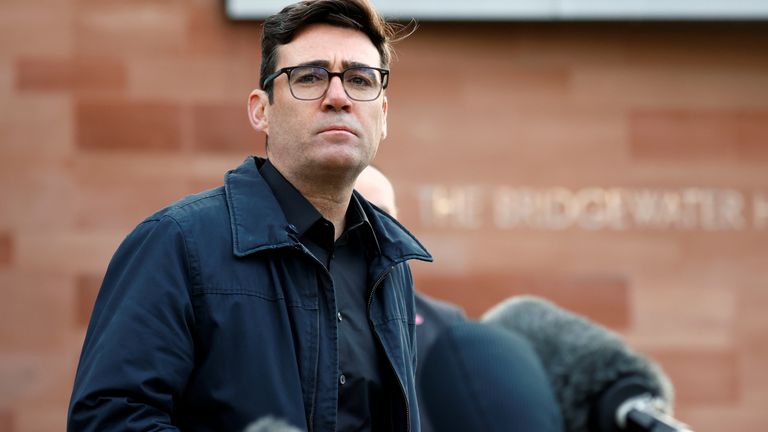 The Manchester metro mayor was advocating a policy that the government could never concede – a local increase in salary for those furloughed from 67% to 80%.

However desirable, this was always politically undeliverable.

The idea that he could engineer a regional wage rise for his residents that would not then trigger similar demands from every other constituency in the country was a fallacy.

Mr Burnham was explicit he wanted more cash for people elsewhere, not only those represented by him, by repeatedly declaring he was fighting for everyone about to enter into Tier 3 restrictions.

It was bold. Some in government saw hubris here. Mr Burnham is not the chancellor. The government could not allow this.

The gamble he made was enormous and, when he did not get his way, he made a virtue of it.

When he gave his press conference on the steps of Manchester’s Bridgewater Hall he (famously) did not know whether the £60m on offer from government would be taken away from Mancunians because negotiations with the government had collapsed.

The people of Manchester might have lost out from the tactic. But they did not, as Mr Johnson made clear next day.

A no-deal gamble that worked for the mayor rather than the prime minister. 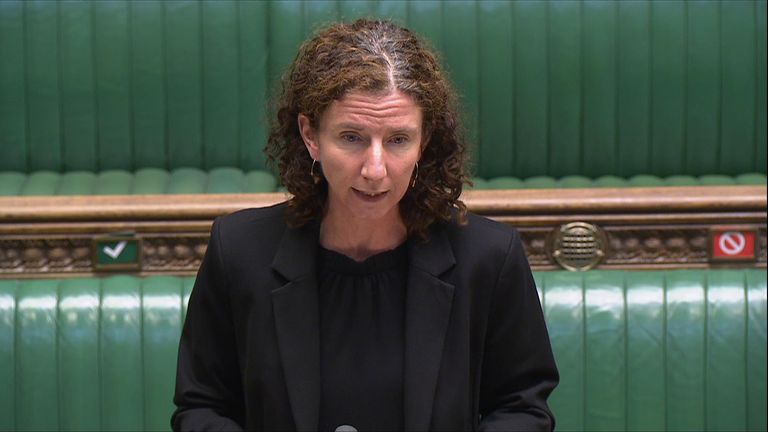 Mr Burnham also skidded around in his arguments. At one stage the problem was Mr Sunak, then it was not the size of the cheque.

There is good reason for this; all along he was sitting atop a coalition of 10 local authority leaders, each of whom had different views about how coronavirus should be handled.

Sir Richard Leese, the leader of Manchester City Council, was even advocating a form of shielding which would find favour with many Tories who dislike some of the COVID-19 restrictions.

Some of that confusion was probably necessary to hold together his local coalition.

Yet in the eyes of many MPs, including some Tories, it seems Mr Burnham has come off a winner.

In shabby yet authentic attire – the clothes rather than the words being one of his most important political acts of the last fortnight – time and again he articulated a desire to be listened to that was felt by all those residents of his who are confused by nonsensical contradictions in coronavirus policy.

His argument transcended the detail, in a positively Borisonian fashion. People identified with him, a lesson which has long been key to Mr Johnson’s success.

Both men know it isn’t the details that matter. And, in having this fight, Downing Street has created a more formidable opponent with his own national platform than existed two weeks ago.

The third and final marvel of this week is that Mr Burnham’s success is deemed by many in Westminster as Mr Johnson’s loss.

The broad regional approach to coronavirus has the chancellor’s fingerprints all over it.

The furlough replacement which Mr Burnham attacked was authored by the Treasury.

The pot of money for local council negotiations was provided by Number 11. The conditions not to allow a de facto increase in wage support to 80% was a Treasury red line.

Yet, by handing over the cash to Downing Street – and allowing Mr Johnson’s aide Sir Edward Lister to “get on with it” – it all became the prime minister’s political headache. Tactical genius from the Treasury.

Critically, Mr Sunak’s fund was big enough to give Greater Manchester the extra £5m that would have kept the talks alive.

The collapse of the negotiations this week cannot therefore legitimately be laid at Mr Sunak’s door. Despite all of the above.

No wonder heads are spinning in Whitehall.

Three remarkable political events this week. It feels like the last seven days will shape the next few months.