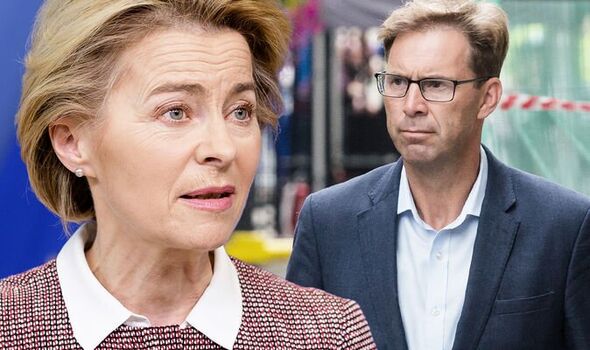 Conservative MP Tobias Ellwood has argued that exports to Europe had shrunk by £20 billion since Brexit, with fishers and farmers facing the brunt, and the issue of the Northern Ireland protocol remained unresolved.

He said: “All these challenges would disappear if we dare to advance our Brexit model by rejoining the EU single market (the Norway model).”

His comments have drawn ire from Brexit supporting parliamentarians, with Tory MP Michael Fabricant taking to Twitter to slam his proposals.

He said: “Tobias Ellwood again arguing today that rejoining the Single Market would be an “improvement” to #Brexit.

“It would mean our courts losing supremacy to the European Court of Justice, and the producers of goods having to comply with laws set in Brussels. Tobias, that is NOT #Brexit.”

David Frost, the UK’s chief negotiator during the original Brexit talks, said Mr Ellwood’s intervention “shows Brexit really is not safe in his hands or his allies’”

So, do you think Britain’s trading woes would be solved by rejoining the European single market? Or do you think we should stay out of the EU completely?

Covid 19 coronavirus: Kiwi family in Australia gets MIQ spot but can’t get flights to match it