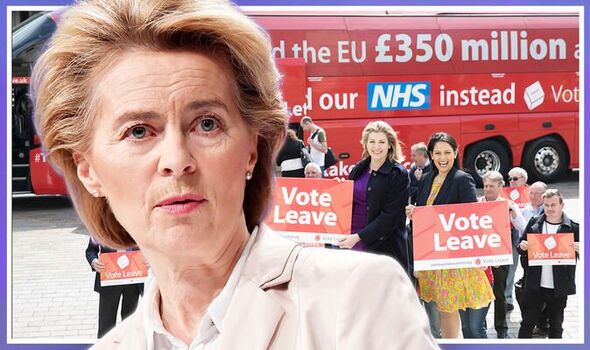 The European Parliament has suggested Britain hold a second referendum in a report on the assessment of Article 50.

Specifically, MEPs claimed that Britons lacked all the necessary information ahead of the 2016 Brexit referendum.

The statement read: “[The Committee] believes that, given the nature of the decision to leave the Union and its fundamental impacts on citizens of the departing Member State, the holding of a referendum to confirm the final decision to leave can be an important democratic safeguard.

“It considers that the confirmation of this final choice by its citizens is also crucial in case negotiations of a withdrawal agreement fail to conclude, provoking a no-deal scenario.

“It considers that all possible steps should be taken during this process to avoid disinformation, foreign interference and funding irregularities.”

Is the bloc right? Should a second EU referendum be held?